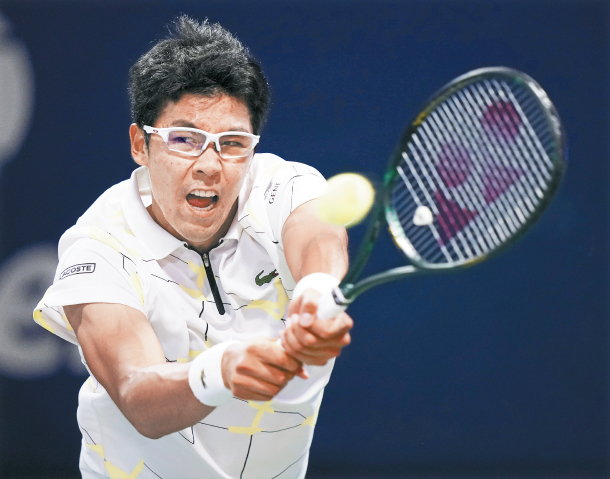 Chung Hyeon returns a shot during his second round match against Fernando Verdasco of Spain at the U.S. Open at Billie Jean King National Tennis Center in New York on Thursday. Chung once again rallied for a 2-6, 7-5, 6-3, 7-6 (7-3) come-from-behind victory.

This is Chung’s second straight five-set victory as he also picked up a come-from-behind win against Ernesto Escobedo of the United States during the first round.

With a win, Chung will advance to the third round, for the first time at the U.S. Open, the last grand slam tournament of the season.

Chung took the tennis world by storm last year when he beat Novak Djokovic of Serbia at the Australian Open. Although his world ranking reached as high as No. 19 in 2018, he entered the tournament at No. 170 as he struggled with injuries throughout the last year and for the first half of this season.

Chung will be facing Rafael Nadal of Spain, the world No. 2 and three-time U.S. Open Champion. Unlike Chung, Nadal had an easy route to the third round as his opponent, Thanasi Kokkinakis of Australia, withdrew. [EPA/YONHAP]