Is the outcome just?

Is the outcome just? 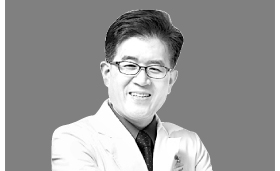 Howard Lee
The author is a professor of clinical pharmacology at Seoul National University Hospital and College of Medicine.

Earlier this year, a large network of college admission scandals involving Yale and Stanford shocked American society. Some 30 Hollywood stars and rich parents used unlawful methods through consulting agencies to send their children to top schools. Felicity Hoffman, who starred in Desperate Housewives — a popular drama series in Korea as well — was involved in the scandal. In the series, she says everyone has a secret. That came true.

The most commonly used admission scheme is fabricating or exaggerating one’s résumé. A student who was not an athlete at school turned into a sports recruit with exaggerated awards. The parents were indicted, and some students’ registrations were canceled or withdrawn.

Justice minister nominee Cho Kuk, a former law professor at Seoul National University, became a target of scandals even before the confirmation hearing began. People criticizing Cho are focused on the allegation that Cho’s daughter got treatment that can be suspected to be preferential in some circumstances in college admission, medical school admission and scholarship. In Korea, college admissions are the most important factor determining the future of a person. Therefore, when people feel that college admission or academic affairs are not fair, people are ready to “rise up.” Preferential treatment of Chung Yu-ra — a daughter of Choi Soon-sil, former President Park Geun-hye’s confidante — eventually led to the dramatic fall of the Park Geun-hye administration.

It got my attention how Cho’s daughter built her résumé in high school. With little — or perhaps no — contribution to a medical research paper, she became the first author of it even before starting an internship or an intermittent internship. She also presented it at an overseas conference in place of the real first author. She got an internship at an international organization that high school students are not qualified to work for.

Everyone knows that Cho’s daughter could get into college because of her spectacular résumé . But Cho claimed that was fake news. He denied the allegations that there was preferential treatment for his daughter or a tacit accommodation, as she built her résumé on her own.
At the Seoul National University Hospital and research labs where I work, many students apply for internships to add a line to their résumés. However, not every applicant gets the chance. It is very rare to be included in the authorship of a medical paper unless one is a long-term intern. The first author of a paper is no longer an intern.

Based on the facts revealed so far, Cho’s daughter likely has fabricated and exaggerated her résumé. It is a clear fabrication that she became the author of a draft submitted before she joined as a mere intern and had the honor of presenting it at an international conference. Also, it is a great exaggeration to be the first author for the English translation.

Parents cannot be blamed for helping children build a résumé to get into a good college. But it is a crime to implicitly use the status or network of parents to exaggerate and even forge résumés. If Cho’s daughter got into college with unlawful methods, someone who could have gotten in would be wailing. No one knows how unfair a graduate student might feel for losing the first authorship without even knowing why.

All these things were done by a close aide to President Moo Jae-in, who has persistently advocated for equal opportunities, fair process and just outcome. What is an equal opportunity if he uses all methods to make his daughter a dragon and let others live like a fish, frog and lobster in the stream? How can he say the process is fair when fabrication and exaggeration of his daughter is tolerated with willful negligence? Is the outcome just? Even a dog would laugh.