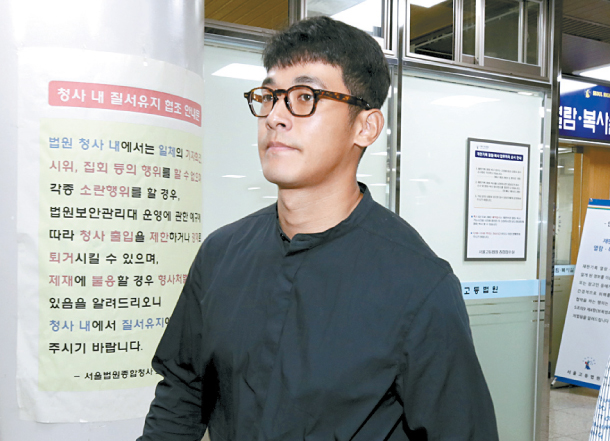 Actor Jung Suk-won was once again given a suspended sentence for his drug use after an appeals trial, the Seoul High Court said on Friday.

Jung was sentenced to 10 months in prison with suspended sentence last October for taking cocaine and methamphetamines in Australia, along with two other acquaintances at a club in Melbourne last February.

Prosecutors appealed, but the court once again ruled that Jung’s offense “does not seem habitual.”

“He is worthy of criticism, as his crime is dangerous, but it does not seem like Jung and the others had been taking drugs on multiple occasions,” the court said on Friday.

Jung debuted as an actor in 2007 and tied the knot with singer Baek Z Young in 2013. The two gave birth to a girl last year.

He apologized through his agency, C-JeS Entertainment, last year saying, “I am so sorry to have hurt my precious family due to one bad choice.”

On Aug. 19 at the hearing prior to the court ruling, he said, “I will be dedicated to my family and live my life helping others.”