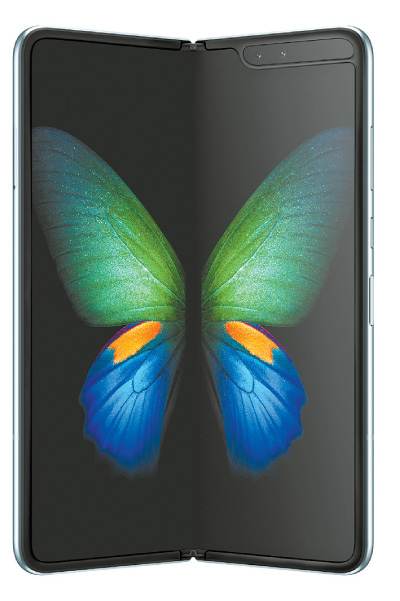 The delayed launch of the first foldable smartphone was expected for mid-September, but Samsung decided to move it up to coincide with the IFA 2019 in Berlin, according to sources in the local mobile industry on Friday. That annual consumer electronics show runs from Sept. 6 through Sept. 11.

The first batch of Folds for the local market, however, could be less than 10,000 units. Samsung was reported to be considering a local launch of 30,000 units but scaled that back, industry sources say, because of manufacturing issues.

The original launch of the Fold in April was called off because of quality problems discovered by early reviewers.

Koh Dong-jin, president and CEO of Samsung Electronics’ IT and mobile communications division, said in a meeting with reporters in New York earlier this month that the global sales target for this year for the Galaxy Fold would be reduced from the 1 million the company set in April.

The first batch will reportedly mainly be sold through direct retail channels managed by Samsung Electronics like its online webpage, rather than through the country’s three mobile carriers.

“Samsung may have planned it that way in order to more conveniently manage the launch schedule,” a mobile industry source said.

Considering the phone’s slow roll-out and a price tag expected to be around 2.4 million won ($1,982) the phone will likely end up in the man bags and backpacks of tech-savvy early adopters.

A Samsung Electronics spokesperson, however, said “nothing is official yet” about the phone’s release in a phone interview with the Korea JoongAng Daily Friday.

“Whether to take the Galaxy Fold to the IFA is still in discussion,” the spokesperson said, “though it is highly likely as the launch will be in September.”

“I think Samsung is being very cautious with the launch this time,” a mobile industry source said.

In some cases, the problem was related to a thin polymer film covering the screen. Some reviewers peeled it off, damaging the phone.

Later in July, Samsung announced the launch would be in September without stating a date, adding that it upgraded the phone after getting feedback.

To make the device less vulnerable to the outside environment, protection caps were added to the top and bottom of the hinge area, according to Samsung.

The protective polymer film was extended beyond the bezel, and its ends were tucked inside the device so that it appears more like an integral part of the phone and less like a temporary cover meant to be removed.