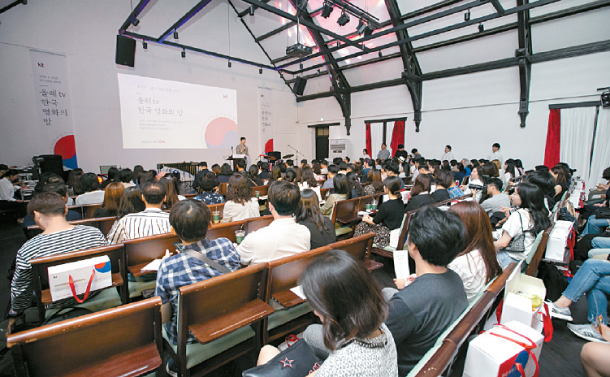 Local film “Extreme Job” (2019) took the honor of being the top-selling local film on KT’s Olleh TV, while actor Cho Jin-woong was named the “most-appeared actor” on the video-on-demand (VOD) service at the company’s “Night of the Korean Films” event held on Saturday night in central Seoul.

Olleh TV held the special event to celebrate the 100th anniversary of Korean film. Guests were invited based on the number of local film purchases they have made on the service.

For the event, KT analyzed Olleh TV’s most popular local films since it launched in 2008 and found that out of top 100 films, 70 were local films, with “Extreme Job” topping the list, generating a profit of 5 billion won ($4.1 million). The total profit of the top 70 local films is an estimated 120 billion won.

Meanwhile, Cho has appeared in a total of 10 local films, rightfully earning the title of “most-appeared actor” on Olleh TV.

“We will try to introduce more diverse genres of local films to our users through Olleh TV and support the future 100 years of the local film industry.”