Life lessons learned through years of film: Translator Lee Mi-do on how his love of literature led him to his career in film industry

Life lessons learned through years of film: Translator Lee Mi-do on how his love of literature led him to his career in film industry 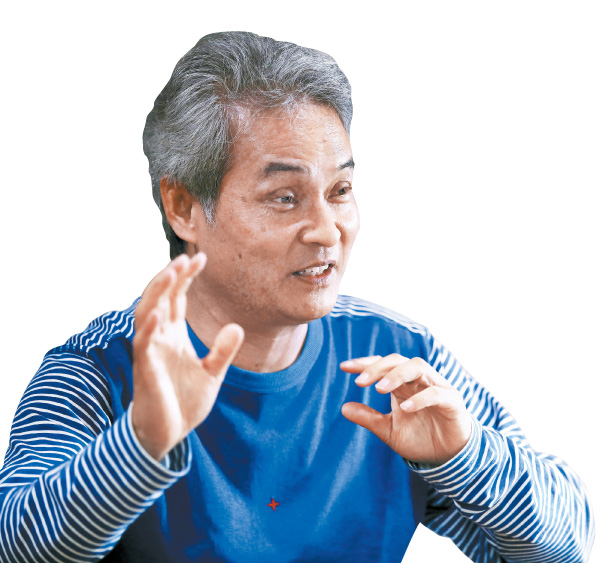 Lee began translating for films back in 1993 with “Three Colours: Blue” (1994) and he has gone on to translate about 520 films from English to Korean since.

As a translator, Lee has been at the top of his field for the past two decades but he says that deep down inside, he has always wanted to work on his own.

“I’ve been translating for so long, but I have always had this desire to create my own works. I want to focus on writing from now on,” said the 58-year-old translator during a recent interview with the JoongAng Ilbo, the affiliate of the Korea JoongAng Daily.

Most recently, Lee published a book titled “Poems, Prose and Cinema Paradise,” which contains 25 pieces of poetry with another 25 pieces of prose.

“Poems, Prose and Cinema Paradise” is not his first book, though. Before the book came out, Lee penned some books on English education for children and adults. After writing some educational books, Lee extended his writing to prose and poetry. Lee mostly writes down his feelings and experiences he gets from his translation work. 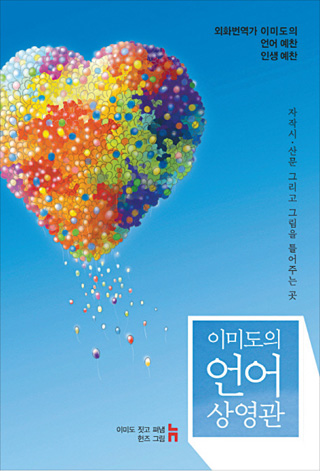 “When you translate movie subtitles, you are bound to train yourself writing sentences in short and condensed forms. [Therefore], I came to develop an interest in writing poetry because you have to condense your thoughts when you write the poetry.

“Poetry and subtitle translation have a lot of things in common,” Lee added.

The sub-headline for Lee’s newest book is “Translator Lee Mi-do’s Ode to Language.”

The author tells his readers, “the greatest weapon of human beings is language” throughout the book.

“If we want to awaken our curiosity, imagination and creativity and enjoy them to the fullest, we need language. Without language, we can’t develop them and enjoy them. In order to develop your language skills, we need to read.”

In his poem titled “A Journey through 10,000 Books,” Lee stresses the importance of reading.

Everyone knows that reading is essential but people who live in a time-poor society sometimes do not know where to start.

Lee has some advice for them.

“A lot of people are aware of the importance of reading humanities books but they easily give up. My advice is start with literature.

“For example, you are reading ‘The Kite Runner’ by Khaled Hosseini. Through the story, you will get to know the historical background of the time. The book itself is also a good psychology book because you will read about the psychological changes of the characters. And most of all, it is fun to read.”

After finishing the book, extended reading of a related book is recommended by Lee. If a reader comes to take an interest in the time period “The Kite Runner” takes place in, they may want to read a history book set in the same period.

Lee has been an ardent reader his whole life.

“My father dropped out of a high school but he learned English by himself and got a job at the U.S. Army as a translator. He was also in charge of a library within the U.S. Army and brought me a lot of books and films,” said Lee.

These days, public schools provide English education beginning in third grade, but Lee and his generation didn’t start learning a foreign language until they turned 13.

Thanks to his father, whom Lee refers to as “the best English teacher,” Lee could learn the culture and language of the United States through books and films and the experiences later helped him pursue the career of a film translator.

“About 80 percent of my soul is filled with films and I learned a lot about life through films,” said Lee.

Clockwise from top left: Lee chose “It’s not your fault,” from the 1997 film “Good Will Hunting” as the most memorable line out of the over 500 films he has translated. “Be the miracle,” from “Bruce Almighty” (2003) is Lee’s other favorite line. Lee also translated the “Shrek” series. The translator said the common theme of all the films he has ever worked on is change and he has learned a lot about life through films. [NEW PUBLISHING]

Looking back on the more than 500 films he has worked on, Lee sums up all the films with one word: change.

“The common thread is change. Regardless of the main story, every film always has different beginning and ending and something has always changed in the middle.

“In a way that the film is a small version of our life, I could learn how important it is to have a will to change yourself.”

The translator chose “Good Will Hunting” (1997) as the film with the most memorable line.

Centered on Will Hunting, a self-taught genius who was abandoned by his parents when he was young, the film depicts how the young man overcomes his traumatic past with a therapist. Lee said the most memorable line from the film is “It’s not your fault,” which is said by Robin Williams who plays the role of the therapist.

In the film, the line plays a decisive role in healing the wounds of the protagonist.

Another memorable line chosen by Lee is “Be the miracle” from “Bruce Almighty” (2003). The line is spoken in a scene in which God explains what a miracle is to Bruce, the main character.

“The line means a lot because it tells us to be the one who makes changes in our life, not to expect others to make you change.”

At the end of the interview, Lee was asked to give tips to parents interested in teaching their children English.

“Don’t expect your children learn the language in a short period of time. We’ve spent a lot of time learning our mother tongue and it takes more time when you learn a foreign language.”