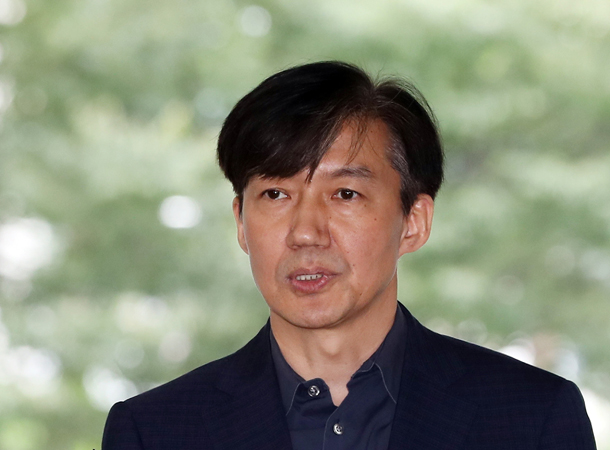 CHOI MIN-WOO
The author is a deputy editor of the political news team at the JoongAng Ilbo.

During a National Assembly Steering Committee meeting in November 2017, main opposition Liberty Korea Party (LKP) Rep. Jun Hee-kyung claimed that the Blue House had come under the control of Chundaehyp, the pro-North Korean council of university students that had been active during the military regime rule in the 1980s. Former Blue House chief of staff Im Jong-seok responded furiously over the “humiliating” remark from Jun. He said, “we did not ask what you did when the military regimes stamped out and violated human rights in Gwangju” and added that the people who Jun had scorned had put their lives at stake to defend democracy.

The heated response from Im, who headed the National Council of Student Representatives and served in prison for aiding an unauthorized visit to North Korea by another student in 1989, underscores the pride of the former student activists who fought against the authoritarian regime under generals-turned-politicians during the 1980s. There is a common strain of emotions among those who spent their youth under the military regimes in Korea. There are those who can talk with pride of their student activities despite threats of raids and secret police and those who live with silent shame for having stayed on the sidelines during the tumultuous period. Kim Oe-suk, who served as the first minister of government legislation and now as the president’s secretary of appointments, confessed that she decided to become a human rights lawyer out of guilt for having had studied law while many of her friends at university devoted themselves to the democracy movement. Many who had spent their days as students in the 1980s still feel indebted to the minority student activists who contributed to bringing about the end of military rule and the beginning of true democracy in the country.

The generation, now in their 40s and 50s, inevitably have mixed feelings about the controversy surrounding Cho Kuk, a justice minister nominee facing a myriad of allegations about prerogatives and irregularities committed as an iconic figure on the progressive front. “Some would have felt betrayed to learn someone who they once revered turned out to be worse than they could have imagined, while others may feel they can finally free themselves of the sense of guilt,” said Yim Dong-woo, professor at the Korea National University of Transportation. In his book “The Generation of Inequalities,” Lee Chul-seung, a professor at Yonsei University, wrote that the students in the 1980s may have championed the value of equality in Korean society, but they were never free of Asian hierarchic culture and tradition. Lee notes that the fall of the Park Geun-hye administration shattered the fantasies that many conservatives had about her father Park Chung Hee, the strongman who had helped Korea achieve its rags-to-riches transformation. The disillusionment over Cho may bring about an end to the sense of supremacy of the student activist generation among liberals.