Samsung Electronics said Tuesday it is introducing the Galaxy A90, the latest addition to the Galaxy A family, the company’s line of affordable phones. 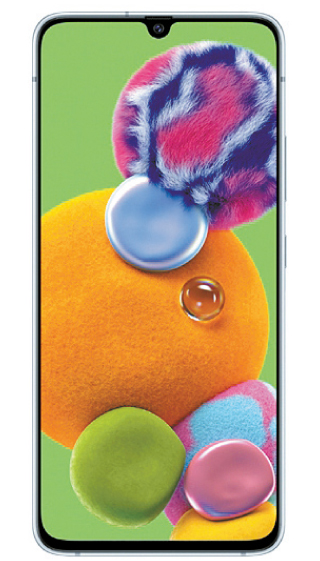 The device, priced at 899,800 won, is the first A-series phone to have 5G connectivity.

According to Samsung, the phone comes with a 6.7-inch Infinity-U display. While an infinity display is mostly screen and bezel on the front, the Infinity-U has a small U-shaped space for the camera lens.

It has a 32-megapixel camera in front and a triple camera on the back. The front camera has a Live Focus Mode, according to Samsung, making it easier for users to capture selfies or group videos.

“Samsung has worked tirelessly with our partners in the 5G ecosystem to bring 5G to as many people as possible, and now we are offering 5G connectivity across the entire Galaxy smartphone portfolio, giving more people high speed access and connected experiences,” said Koh Dong-jin, president and CEO of Samsung’s IT and mobile communications division.

The Korean phone maker said it will launch the phone gradually in other markets after the domestic launch, but it did not offer a timeline.

With Samsung’s first foldable phone, the Galaxy Fold, expected to hit the shelves on Friday, Samsung will have a full range of 5G phones. The foldable phone will cost around 2.39 million won.