After playing through the season without a general manager (GM) for more than a month, the Lotte Giants finally hired one on Tuesday - Sung Min-kyu. 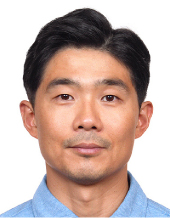 For a new GM, Sung had a surprisingly short baseball career, and almost entirely outside of Korea.

Having graduated from Daegu Senate High School, Sung attended the University of Nebraska Omaha before getting drafted by the Kia Tigers as a major league returnee in 2006. Sung left the Tigers only one year later and headed back to the United States.

He briefly played for the Chicago Cubs’ single A affiliate in 2008 but ended his career early and became a minor league coach for the Cubs.

Since 2016, Sung served as the Cub’s Pacific Rim scouting supervisor and occasionally as a commentator for major league games.

“By active communication, I’ll be focusing on scouting elite players, scientific training and develop and manage the players through data-based baseball,” Sung said in a statement released by the Giants. “I will apply the major league’s managing operation to the Giants.”

With Sung’s experience in the majors, the Giants hope that this could be a big turnaround for them. This season, the Giants have been struggling significantly as they are ranked last in the regular season with 44 wins, 79 losses and three draws as of Tuesday’s game.

In addition to his major league experience, Sung’s appointment also came as a big surprise as he is the youngest GM, at 37, in the Giants’ history and the youngest GM in the KBO this season.

Sung is two years younger than the Giants’ oldest pitcher, Song Seung-jun, and is the same age as slugger Lee Dae-ho.

Along with his young age, there have been concerns that Sung’s lack of experience in the KBO could be a weakness.

The reasoning behind the surprise appointment is somewhat similar to when former Giants’ manager Jerry Royster was appointed.

Not only was Royster the first-ever foreign manager in the KBO, but he also joined when the Giants were also in a huge slump. The Busan club had failed to advance to the postseason for seven straight seasons, from 2001 to 2007. Royster took the helm in 2008 and the Giants advanced to the postseason.

“We are very sorry to the fans for disappointing them with poor performance and for playing worse-than-expected games,” said Kim Jong-in, CEO of the Lotte Giants. “The CEO, general manager and the front office have all the responsibility. We will be preparing [for the season] thinking that this is our last chance.”

Back in July, the Giants’ former manager Yang Sang-moon and GM Lee Yoon-won both stepped down from their position. Since then, Kong Pil-sung has been filling in as interim manager, but the GM spot has remained empty.

Due to the absence of a GM, the Giants had to attend the rookie draft in August without anybody to call the shots.

From the Giants’ struggle on and off the field, they’ve lost a significant number of fans this season. As of Tuesday’s game, the Giants have had 641,075 fans attend 61 home games, 18 percent less than last year.

This number is nowhere close to the 1 million goal the team announced before the start of the season.

It gets worse when looking at the number of fans per game. If the Giants have less than 78,924 fans visiting Sajik Baseball Stadium over the next 11 home games, they will be averaging less than 10,000 fans per game.

This seems to correlate with the club’s performance as the Giants easily exceeded 1 million fans from the 2008 to 2012 season, when they advanced to the postseason for five straight years.

Most recently, when the Giants advanced to the postseason in 2017, they also exceeded 1 million fans.

With the appointment of Sung, the Giants hope that the team can bounce back and finally make their way back up to the postseason, although it may be too late for this year.