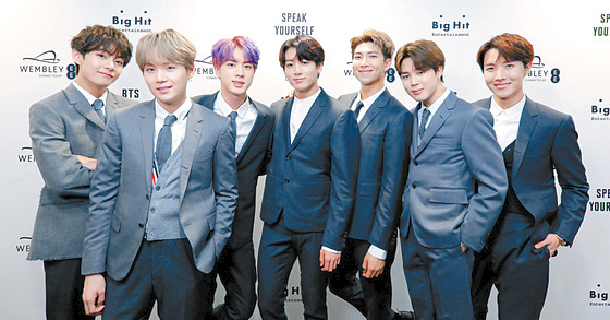 K-pop groups BTS and Blackpink have both been nominated for three categories at the upcoming 2019 E! People’s Choice Awards.

The two will compete against the Jonas Brothers, Five Seconds of Summer, Panic! At The Disco, CNCO, Imagine Dragons and The Chainsmokers in the group category, while their recent songs “Boy With Luv” and “Kill This Love” will compete with Ariana Grande’s “Seven Rings” and Shawn Mendes and Camila Cabello’s “Senorita.”

Fans can vote until Oct. 18 on the award show’s official website and on Twitter. The awards ceremony will be held on Nov. 10.