CJ heir turns himself in, arrested

CJ heir turns himself in, arrested

The chaebol scion caught trying to smuggle cartridges of liquid THC and edibles into Korea over the weekend turned himself in to prosecutors on Thursday, who in turn filed a warrant for his immediate detention.

Lee Sun-ho, the son and heir apparent to CJ Group Chairman Lee Jay-hyun, arrived by taxi at the Incheon Prosecutors’ Office unannounced Thursday morning, where he told prosecutors he wanted to be placed under detention as early as possible. A day earlier, his home had been raided by investigators. 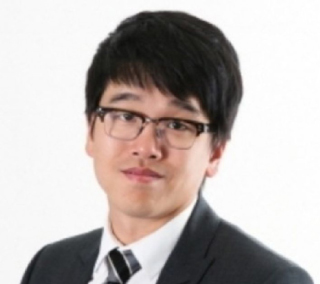 Prosecutors complied with Lee’s request and placed him under temporary detention. With an arrest warrant officially filed, a district court in Incheon is set to review today on whether to detain him before his trial.

After being caught by customs officers attempting to bring over 50 items containing THC, the extract of the psychoactive substance found in marijuana, into Incheon International Airport on Sunday, Lee was booked for attempting to smuggle illegal drugs through an international border, possession and illegal drug use after a drug test showed traces of THC in his urine. He was released, however, after he confessed to the charge.

“I am deeply hurt by the fact that many people around me have been suffering as a result of my actions,” Lee told prosecutors on Thursday, according to a spokesman for the agency. In a separate public statement, he extended an apology to CJ employees and the public.

Lee apparently had not informed anyone at CJ that he was going to turn himself in, and had made the decision on his own accord after hours of contemplation since Wednesday morning, prosecutors said. He also said he would gladly receive any punishment and would yield his rights to self-defense at his warrant hearing.

After eating a bowl of ox bone soup at the prosecutors’ office - a staple meal for criminal suspects under interrogation by prosecutors - Lee is said to have expressed feeling at ease now that he was behind bars.

While anxiety may have prompted his voluntary confession, Lee was also under heavy public scrutiny as a result of prosecutors’ decision to let him go on Sunday in defiance of their conventional treatment of illegal drug offenders.

In similar cases from April, when the grandsons of Hyundai and SK Groups’ founders were charged with purchasing and using liquid THC, the pair were placed under immediate arrest by police. They remain in custody as they await their trials.

In Lee’s case, which carries the much more serious charge of smuggling, prosecutors took three days before conducting a search of his residence in Seoul. They did not elaborate on what they found from the raid, though they said the evidence acquired would be considered in filing his arrest warrant.

A graduate of Columbia University in New York City with a degree in finance, Lee entered CJ CheilJedang in 2013. He worked as a manager at the company’s BIO department before recently moving to the food marketing strategy department.

Some analysts suggest Lee’s decision to turn himself in may have been motivated by a hope to lighten his sentence on the drug charges. According to records from the prosecutors’ office, 1,876, or 40.1 percent, of the 4,681 suspects indicted in 2017 for drug offenses got off without serving any jail time and were landed with just probation sentences. Suspects who willingly collaborate with criminal investigations or confess voluntarily are often liable to receive a reduced sentence by virtue of their cooperation.