Akdong Musician to make a return

Akdong Musician to make a return 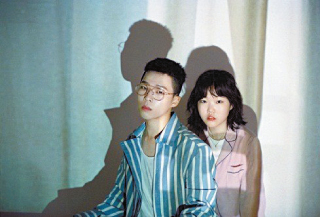 After a two-year hiatus, sibling duo Akdong Musician (AKMU) will be releasing their third full album titled “Sailing” this month, according to their agency YG Entertainment.

On Friday, YG posted a 36-second teaser of singer Lee Su-hyun’s mellow voice against a background of guitars and sea waves.

Their last full album, “Summer Episode,” was released in July 2017. After the album’s release, member Lee Chan-hyuk entered the Marine Corps to fulfill his mandatory military service. He was discharged in May.

The popular duo rose to stardom while appearing on the SBS audition program “K-pop Star 2” in 2014 and joined YG Entertainment after the show ended.