Violence, in many forms, takes the stage: The Seoul International Dance Festival aims to start discussions on social issues

Violence, in many forms, takes the stage: The Seoul International Dance Festival aims to start discussions on social issues 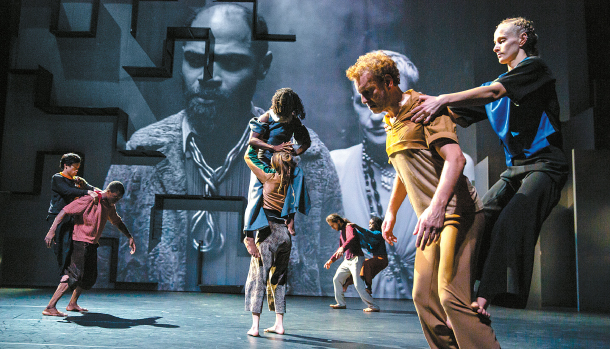 We live in a world of violence. It seems like more and more people are getting exposed to different forms of violence each day, ranging from genocide, terrorism, sexism and human trafficking, not to mention bullying as well as domestic violence. This year’s 22nd Seoul International Dance Festival (SIDance), which kicks off on Oct. 2 and runs until Oct. 20, attempts to shine a light on this social issue through dance.

“What made me to select this topic is the bullying that’s so common in Korean society as well as the sexual abuse that was revealed through the ‘Me Too’ Movement that hit the arts community especially hard,” said Lee Jong-ho, artistic director of the festival. “Then it got me thinking that it’s not just Koreans that have become heavily exposed by different forms of violence, but everyone around the globe. Some scholars even insist that violence has been institutionalized in our society.”

Through 47 performances by dancers and dance groups from 19 different countries, the annual dance festival hopes to touch on various forms of violence as well as visualize the pain a person goes through when suffering from violence.

The event’s opening piece will be a recent work by Belgium choreographer Wim Vandekeybus titled “TrapTown.” Vandekeybus is a leading player of Belgium’s Flemish Wave. The choreographer attempts to show dystopia of human conflicts and unfathomable disasters that have occurred since long ago through “TrapTown.” The performance will open the festival on Oct. 2 at the CJ Towol Theater at 8 p.m., and it will be performed again at 4 p.m. on Oct. 3. 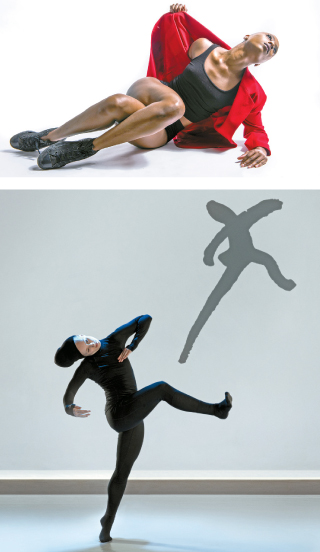 Top: Jade Solomon Curtis will present “Solo Magic” as part of the “Black Like Me: Exploration of the Word Nigger” show at 5 p.m. on Oct. 13 at the CKL Stage in central Seoul. Above: Compagnie Marie Chouinard’s “Henri Michaux: Mouvements,” will be staged at 8 p.m. on Oct. 10 at Mary Hall on the campus of Sogang University in western Seoul. [DANNY WILLIEMS, NATE WATTERS, MARIE CHOUINAR]

As for the other performances focusing on the theme of violence, Svalbard Company, a joint troupe of dancers from Sweden, Britain, Germany and Spain, will present “All Genius All Idiot,” which explores relationships within violence based on the theory of anthropologist Gregory Bateson. The show will be staged on Oct. 12 at 5 p.m. at Mary Hall on the campus of Sogang University in western Seoul.

Two groups will touch on the subject of forced beauty.

Danish dancer Mette Ingvartsen will present “69 Positions.” This performance is part of “The Red Pieces,” an ongoing series of performances in which Ingvartsen explores relationships between sexuality and the public sphere. In this work, the audience will encounter unexpected situations which might reveal their subconscious, explained the organizers. The performance will be presented on Oct. 19 and 20 at 5 p.m. at Mary Hall at Sogang University.

Czech and Norwegian dance group Nela Hustak Kornetova will be presenting a performance titled “Forced Beauty,” at 8 p.m. on Oct. 14 at Mary Hall. This performance takes on the subject of forced beauty within the virtual environment of the internet.

A Korean dance troupe named Art Project Bora will also present “Muak,” which touches on the violence of being stereotyped. Although the titled “Muak” is the same as famous Korean-German composer Isang Yun’s score, the piece only acted as a motivation to create this dance piece, said Kim Bo-ra, the choreographer of “Muak,” and Yun’s music will not be used in the dance.

“In this piece, seven dancers will appear and dance around an old piano and start to dismantle the piano,” said Kim. “We attempt to question what is music and dance. We think we hear music and we see dance but can we see music and hear dance?”

Kim says when she first heard Yun’s “Muak,” she realized that she also held a stereotype in her head.

“I didn’t expect to hear [what I heard] when I first learned and read about ‘Muak,’” Kim added.

Violence is not the only topic the festival will touch on. Like previous editions, the festival will also feature a wide range of programs including community dance programs, collaboration projects, international productions and more. The schedule is available at www.sidance.org or by calling (02) 3216-1185.