Kia hires a global hotshot for its design center

Kia hires a global hotshot for its design center

Kia Motors is appointing a former Infiniti designer to head its design center as it strives to make its brand more competitive.

The second-largest automaker by sales in Korea announced in a statement Friday that Karim Habib will lead the design center in Korea starting October. Habib will be working with Hyundai Motor Group Chief Design Officer Luc Donckerwolke to innovate the design concept for all Kia Motors vehicles in the future. 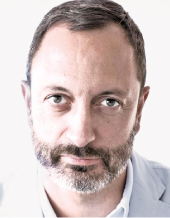 Kia Motors said the 49-year-old’s years of experience in designing luxury cars for BMW, Mercedes-Benz and Infiniti will greatly help the automaker increase its competitiveness.

“Kia Motors, which is moving forward for electrification and mobility innovation, is a continuously improving auto brand,” Habib said in a statement. “I am happy to join Kia Motors during the time of numerous challenges and opportunities.”

Having majored in mechanical engineering at McGill University in Canada, Habib designed the 5 series, 8 series X7 and concept car “Zagato Coupe” during his years at the BMW Group starting 1998.

The Lebanese-born Canadian also designed the CS Concept for the German automaker, which is known for the split kidney grille and eyebrow headlamp designs. He later led design teams for the BMW 3 series, 7 series and 8 series as well.

From 2017, the designer took charge of a number of Infiniti’s design projects like the Japanese luxury brand’s futuristic electric concept car Prototype 10.

With Habib joining the Hyundai Motor Group affiliate, Kia Motors will have star-level foreign designers to head all of its design centers in Korea, the United States and Europe.

The European design center is led by Gregory Guillaume from Volkswagen Group.