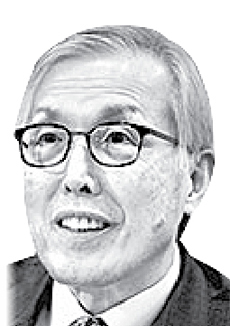 Shin Kak-soo
The author, a senior advisor at the law firm Shin & Kim, is a former Korean ambassador to Japan.

Seoul-Tokyo relations have hit a new low lately with Japan’s export restrictions and Korea’s decision not to renew the bilateral General Security of Military Information Agreement (Gsomia). During the past half-century, both countries had managed to separate economics and trade from politics. That separation was completely breached by Japan’s economic retaliations against Korea over historical disagreements, which goes against the rules of free trade.

We have taken Japan’s cooperation for granted until now and built Korea-Japan relations based on that faith. But recent events have proven that Tokyo can turn its back on us. The bilateral discord has also driven a wedge in Korea-U.S. relations.

The direct causes of Japan’s export restrictions against Korea were rulings by Korea’s Supreme Court last year ordering Japanese companies to compensate Korean victims of forced labor during World War II, though Tokyo does not admit that. Early next year, the seized assets of Japanese assets here are expected to be liquidated, a move that the Japanese government sees as a red line. To get Seoul-Tokyo ties back to normal, we must overcome the shackles of our past. Issues of the past are inflicting great harm on both sides in trade, investment, tourism and cultural exchanges, and robbing us of various opportunities to seek cooperation in many more areas. 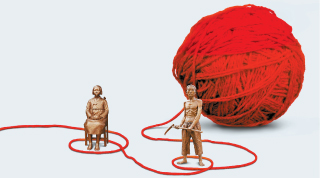 First, on historical issues, we must set a basic principle. We must separate short-term issues from long-term issues. Short-term issues must be resolved diplomatically as soon as possible. The forced labor issue should be resolved before the seized Japanese assets go into liquidation. The so-called comfort women issue also needs follow-up measures.

On the other hand, all-around reconciliation over Japan’s wartime atrocities against Korea should be dealt as a long-term issue. Even if Seoul and Tokyo reach some kind of an agreement on the government level, historical research and education about whatever happened in the past must continue within the private sector.

Second, historical issues must personally be settled between the victims and offenders with the help of both governments. Only when the offenders sincerely apologize for their actions and victims forgive them can there be a settlement that truly lasts.

Third, the settlement of historical issues must be premised on continuity. Either country may be unsatisfied with a diplomatic agreement, but once it’s signed, it should be maintained no matter what, even if the leaders of those countries change. If a new leader feels that the agreement needs to be amended, both countries should discuss those possible changes based on the existing agreement.

Fourth, our government must adopt a holistic approach to historical issues. It should respect the victims first but also consider the country’s national interest. As the renowned historian Edward Carr once said, “The past is intelligible to us only in light of the present; and we can fully understand the present only in light of the past.” Seoul must make strategic judgments based on a balanced view of the past, present and future.

Fifth, we must maintain our moral superiority on historical issues. We should cover financial costs that come along with those historical issues on our own, while pressing Japan to harbor proper historical awareness and teach its public about the past.

Sixth, we must overcome our sense of victimhood. Seeing ourselves as a victim leads us to feeling inferior and restricts our capability to look to the future based on what we learned from our past. As the Swiss historian Jacob Burckhardt said, we must understand the society of the past by learning about history, and at the same time, use that knowledge to increase our control over the society of the present time.
Lastly, Seoul should resolve historical issues with Tokyo, Japan’s export restrictions and Korea’s withdrawal from Gsomia all at once. We have until Nov. 22 for Gsomia to expire, so that’s our deadline for finding a solution out of this diplomatic catastrophe.

It is extremely complicated — if not impossible — to legally solve the forced labor issue. Normally, when a colony gains independence, that country and the former ruling country sign a mutual agreement settling their claims and duties. Korea’s case with Japan, however, is a peculiar one in terms of international law because Korea thinks Japan’s 35-year rule over the peninsula was illegal and therefore does not acknowledge a succession.

Japan, on the other hand, sees its rule over the peninsula as legal. That’s why it took 14 years for both countries to negotiate the establishment of bilateral ties, an unprecedentedly long time compared to other nations.

Article 2 of the 1965 basic relations treaty between Korea and Japan stipulates, “It is confirmed that all treaties or agreements concluded between the Empire of Japan and the Empire of Korea on or before August 22, 1910 are already null and void.” Japan occupied Korea from 1910 to 1945. Based on Article 2, Korea interpreted Japan’s colonial rule over Korea as illegal. But Japan did not. It interpreted its colonial rule of Korea as being legal after its signing of the San Francisco treaty in 1951. On top of the gap in interpretations of the illegality of Japan’s colonial rule, last year’s Korean Supreme Court rulings spurred the two countries to start a tit for tat.

Korea wanted to take part in negotiations for the Treaty of San Francisco as one of the victorious countries. But it could not. Instead, it had to sign the 1965 basic treaty with Japan on claims and property according to Clause One of Article 14 that stated reparations by Japan. That’s how Korea and Japan got together to negotiate what later became the 1965 basic relations treaty. During negotiations for that treaty, Japan suggested to directly compensate individual Korean victims, but Korea refused and insisted to use a lump-sum settlement between the two governments for economic development. The Korean government instead made a special law in 1975 and 2007 to compensate the victims. A joint committee between Korea’s government and the private sector formed in 2005 concluded that the forced labor issue was settled by the 1965 basic relations treaty. That basic stance was maintained until the Supreme Court rulings in late 2018. In short, those rulings were against a stance that Korea had maintained for decades.

The forced labor issue is an international law issue that comes down to how differently Korea and Japan see the 1965 treaty to normalize their relations. At the same time, it is an issue involving domestic law because the Supreme Court rulings are based on the Korean Constitution that finds Japan’s 1910-1945 rule over Korea illegal. Seoul must come up with a wise diplomatic solution that makes sure both laws do not conflict with one another.

What are the solutions? Korea wants Japanese companies to pay up as a result of the Supreme Court’s rulings, while Japan wants Korean companies helped by the fund from the 1965 treaty to participate in the compensation. A desirable solution could be compensating the Korean victims through a fund participated in by three entities: Japanese companies, the Korean government, and Korean companies that were benefited by the fund Tokyo offered through the treaty.

The Japanese government must not object to the participation of Japanese companies in a compensation fund. Tokyo would not easily accept the idea of a three-way compensation fund if Seoul suggests it, but the Korean government must work hard to convince Japan.
When it comes to historical reconciliation, we should approach the issue by forgiving Japan yet never forgetting the pain inflicted upon us. We can only grow by embracing that painful history and making sure Japan nurtures an appropriate historical awareness never to repeat its past mistakes.

That’s why it’s crucial to document history, learn lessons from the past and teach them to our future generation. We should boost research on Korea-Japan modern history and search for various ways to teach Japan’s post-war generation about our shared past. Both countries must resume stalled joint historical research and author joint history textbooks.

People-to-people exchanges and cultural cooperation is another way to enable the Japanese to better understand our history and theirs. We can mix modern historical education into popular K-pop content. What’s really important is to teach Japanese about before and after World War II, making sure there’s a balance between negative aspects and positive ones.

In times like these, we must go back to the basics: We must overcome this crisis by looking beyond the wall of historical issues in defending our national interests, but also stick to our principles.