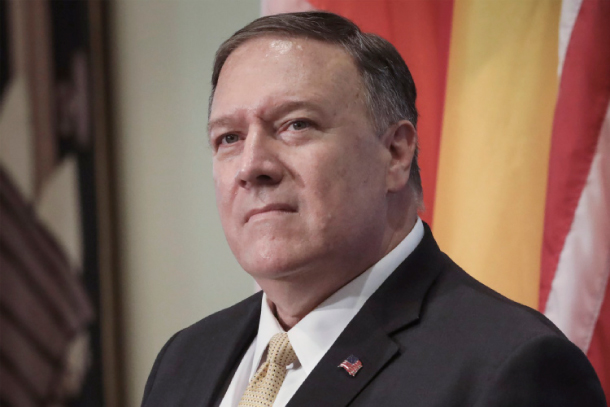 The United States will provide security assurances to North Korea if it scraps its nuclear program, said U.S. Secretary of State Mike Pompeo on Friday.

Speaking to a radio station in Kansas, Pompeo said the nuclear weapons that Pyongyang has developed for decades “don’t provide the security that the North Koreans believe they do” and that Washington was willing to arrive at “a set of understandings” with the North that could assure the regime’s security if it denuclearized.

“Every nation has the sovereign right to defend itself,” Pompeo said. “Then we can create economic opportunity and better lives for the people of North Korea as well.”

Pompeo appeared to be trying to cajole Pyongyang back denuclearization talks. Despite having agreed to resume working-level discussions at his meeting with U.S. President Donald Trump in the demilitarized zone on June 30, North Korean leader Kim Jong-un has yet to dispatch envoys to talks with the United States.

A central concern for Kim is a possible U.S. military invasion. Since the 1980s, the regime has slowly built up its nuclear capacity and, after a pause following the 1994 Agreed Framework, eventually withdrew from the Nuclear Proliferation Treaty in 2003 before engaging in an active drive to build nuclear weapons.

By 2017, following six nuclear weapons tests, the regime was believed to have developed around 20 to 30 bombs - including a possible thermonuclear weapon, according to state media.

These, along with Pyongyang’s intercontinental ballistic missiles, act as a deterrent to an overwhelming military threat from the United States and South Korea.

As if coordinated, the top U.S. envoy in the stalled nuclear talks with the North, Special Representative Stephen Biegun also extended words of encouragement to Pyongyang on Friday, calling on it to return to dialogue while setting aside “demonstrations of hostility,” such as its recent weapons tests.

“If we are to succeed, North Korea must set aside its search for obstacles to negotiations and instead seek opportunities for engagement while that opportunity lasts,” Biegun said. “We have made clear to North Korea: we are prepared to engage as soon as we hear from them.”

Biegun, however, also had words of warning for the North, saying the United States and the rest of the world “will not accept” its nuclear weapons.

Keeping such weapons, Biegun said, could encourage a regional nuclear arms race that may eventually force North Korea’s adversaries like South Korea and Japan to opt for nuclear arms themselves.

“As always, there are consequences for failure, and I fear Dr. [Henry] Kissinger is correct that if the international community fails in this undertaking, North Korea will not be the last state in East Asia to acquire nuclear weapons,” Biegun said. “At what point will voices in South Korea or Japan and elsewhere in Asia begin to ask if they need to be considering their own nuclear capabilities?”

This theory, that the North’s nuclear bombs may spell the dismantlement of a non-proliferation consensus in Asia, has been hinted at for decades within South Korea, which briefly flirted with the idea of developing nukes in the 1970s.

While running for president in 2016, Trump too made a suggestion that Seoul and Tokyo should acquire nuclear weapons to defend themselves - remarks that revived talks of a nuclear option in South Korea in the event the United States pulled back its military commitment under Trump.

That contingency may not be out of the realm of possibility, with Biegun himself saying Friday that if there is indeed progress in the negotiations with North Korea, the United States could make a variety of “strategic reconsiderations” to its military presence in East Asia, possibly in reference to U.S. troops stationed in South Korea.