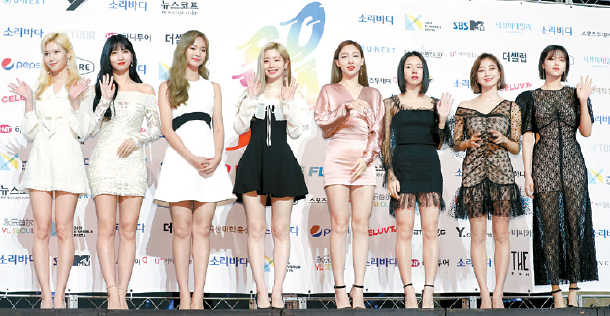 “Twice will be coming back with their eighth EP ‘Feel Special’ and its title track on Sept. 23 at 6 p.m., five months after their seventh EP ‘Fancy You’ came out in April,” the agency said.

Monday’s announcement finalized both the date and title of the upcoming EP.

According to JYP Entertainment, all 11 lead tracks from the group’s EPs and albums have topped local charts from their debut. All of their music videos have been seen over 100 million times on YouTube, while nine of those tracks have been viewed over 200 million times each, with the latest being “Yes or Yes” (2018), which hit the 200-million view threshold on Aug. 29.

Twice started a world tour called “Twicelights” with two concerts in May and have performed in nine cities around the world including Bangkok, Manila, Singapore, Los Angeles and Kuala Lumpur in Malaysia.