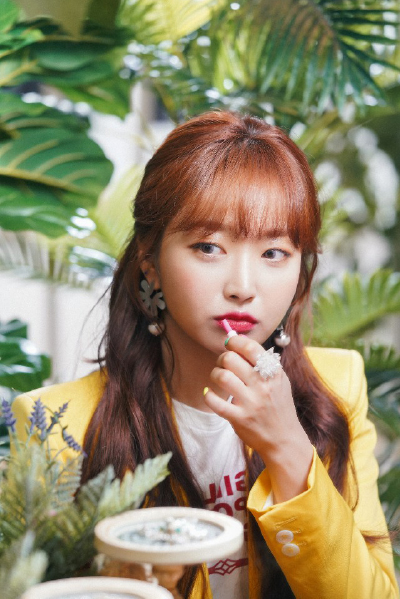 Singer Punch will be releasing a song on Sept. 18, her agency NyamNyam Entertainment said on Tuesday.

“Punch will release her new digital single on Sept. 18 and deepen the autumn sentiments with her colorful voice,” the agency said.

Punch made her debut in 2014 and rose to stardom with the R&B song “When Night is Falling,” which topped local music charts for weeks after its release in September 2017.

Punch recently released three tracks for the tvN drama “Hotel Del Luna,” including a collaboration with Monday Kiz called “Another Day” on July 14, as well as a collaboration with Taeyong of boy band NCT 127 for “Love Del Luna” on Aug. 24. She also released a solo original song entitled “Done For Me” on Aug. 18.

“Punch will be making a big punch to the music scene with yet another good song,” her agency said.