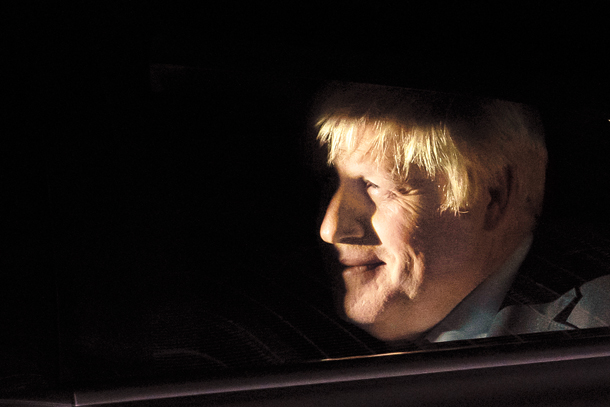 “I’d rather be dead in a ditch than ask for an extension on Brexit,” said British Prime Minister Boris Johnson. That was right after Parliament passed a bill for another extension for Britain to leave the European Union (EU). Johnson said that he would like Brexit by Oct. 31 no matter what, and it was a “do-or-die” deal. As a leader in charge of the state administration, it was an unprecedentedly harsh expression.

He didn’t just say it. He got Queen Elizabeth II involved and closed parliament for more than 20 days. Protests comparing him to Hitler were held in front of Westminster, and the opposition party pointed out that he was not a president.

But Johnson did not budge.

He could end up in jail for rejecting the Brexit extension bill, but he is considering a trick to send the EU a request for an extension with the government’s opinion. His strategy was to include a document that the government did not have a reason to extend, urging the EU not to approve the request.

The Brexit debate is lasting long, but Johnson’s attitude to ignore Parliament’s decision is strange. But his motivation was revealed. He was threatened by Nigel Farage, who initiated the Brexit campaign and recently founded the Brexit Party before the European Parliament’s election. In a contribution to Telegraph last month, Farage said that Johnson’s honeymoon was over.

Johnson would make an agreement if the EU removes the backstop for the border dispute between Ireland and Northern Ireland. Meanwhile, Farage thinks that clean Brexit, no deal without agreement, is the best. He threatened that if Johnson does not accept no deal, Brexit Party candidates would sweep up the Conservative Party. In the European Council election in May, the Brexit Party came in the first, with the Conservative in the fifth.

Farage’s warning came as a fear of Conservative Party’s downfall and Johnson losing the prime minister’s position. So Johnson started to talk about no-deal Brexit and made some reckless remarks. Then Farage hinted forming a coalition with the Conservative Party to win 70 to 100 more seats form the majority. He made a sweet offer not to run in the districts where Conservative Party hard-line Brexit supporters are running. A friend of U.S. President Donald Trump, Farage might be appointed the U.K. ambassador to the United States.

The Brexit chaos reflects political calculation to take the power and position. Watching Johnson and Farage, the Labour Party cannot take the deal immediately as it is not confident to take the majority in the election. As U.K. politics show how low it can go, Brexit will only go adrift.