Bioepis to help Brazil make its own Brenzys

Bioepis to help Brazil make its own Brenzys

A bio firm specialized in biosimilars and new medicine, Samsung Bioepis said Tuesday that it recently started supplying Brenzys to the Brazilian government under a “product development partnership,” which is a state program specific to the country. 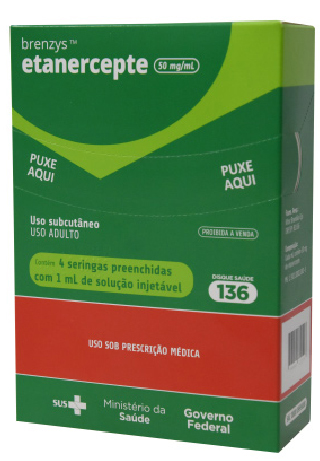 Biosimilars, according to the FDA, are biological products that are approved based on proof that they are highly similar to other FDA-approved products. The drugs have no clinically meaningful differences in terms of safety or effectiveness from the reference product, but they cost less. Brenzys is based on Enbrel, a bio treatment for rheumatoid arthritis.

Under the partnership, a Brazilian pharmaceutical company, a national research center and a global bio pharmaceutical firm team up to locally produce the global firm’s products - in this case Brenzys. It’s part of a Brazilian government initiative to elevate the country’s medicinal industry and pull down dependence on imports.

According to the deal, Samsung Bioepis will supply Brenzys to the Brazilian government for 10 years and share production technology and techniques for the product. In Brazil, 90 percent of treatments for three kinds of autoimmune diseases, including rheumatoid arthritis, are allocated to local hospitals by the government.

Its counterparts in the partnership are Brazilian pharmaceutical firm Bionovis and the state-owned BioManguinhos, a research center run under Brazil’s Ministry of Health. After the contract period of 10 years, Bionovis and BioManguinhos will be able to produce a Brenzys equivalent on their own. From that point, Samsung will receive loyalty fees proportional to sales revenue for the next 10 years.

This is the first time a Korean firm will supply products as part of Brazil’s product development partnership.

Brazil has the biggest medicine market in South America, growing at an annual average of 9.5 percent over the last five years. The country’s medicine market is expected to reach $29.7 billion by 2021, according to a 2018 report from the Korea Health Industry Development Institute. In that market, bio pharmaceuticals take up around 22 percent.

Samsung first received sales approval for Brenzys in 2017. Since last year, it additionally obtained permits in the country for other biosimilars Renflexis, a copy of Crohn’s disease treatment Remicade, and Ontruzant, a biosimilar of breast cancer treatment Herceptin.

Apart from Brazil, the company also sells biosimilars in countries like China, the United States and across Europe.