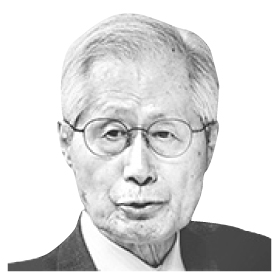 Maintaining the South Korea-U.S. alliance and having an alliance with China sounds like a fairy-tale. However, Yan Xuetong — the dean of the Institute of International Relations at Tsinghua University and a notable realist scholar advising Chinese President Xi Jinping — first advocated for a South Korea-China alliance in his 2013 book “Inertia of History.” It is no coincidence that Xi, then-vice president, attended the first World Peace Forum, where Yan is the secretary general, in 2012.

Yan argued that dynasties in the Korean Peninsula had practiced double diplomacy by having alliances with two Chinese dynasties simultaneously. I emailed Yan and asked for an example. Yan responded that the Goryeo Dynasty (918-1392) had alliances with the Liao Dynasty and Northern Song Dynasty, while the Joseon Dynasty (1392-1910) had alliances with the Later Jin Dynasty and Ming Dynasty.
Whether to call the Goryeo Dynasty’s and Joseon Dynasty’s relationships with their Chinese counterparts alliances in the modern context is a good topic for academic debate among scholars, especially Korean and Chinese scholars.

Yan predicts that by 2023, the sole super power system centered on the United States will collapse and change to a bipolar system of the United States and China. According to Yan, the outcome of the rivalry between the two systems will be determined by which country has more allies. The United States has 42 allies, while North Korea is the only substantial ally for China.

But Yan neglected the fact that after the dissolution of the Soviet Union in 1990, China inherited the burden of naval power having overwhelming dominance over continental power. The idea of Halford Mackinder — the father of geopolitical studies — that the power which rules the heart of Eurasia rules the world has been overtaken by Yale University Professor Nicholas Spykman’s theory that the country that has one foot on the coast and rules the oceans rules the world. That’s why China is making an all-out effort to reinforce naval strength, including building aircraft carriers. China’s naval strength cannot catch up with that of the United States by 2023. Yan may have to delay South Korea’s double diplomacy by ten years or more.

But it is meaningful that the latest South Korea-Japan discord is working positively for China. Voice of America (VOA) reported that Michael Green, a Korea and Japan expert at the Center for Strategic and International Studies, said at the U.S.-China Economic and Security Review Commission mandated by Congress that China thinks there is a possibility of South Korea leaving the rank of alliance with the United States, and China would use it as an opportunity.

According to VOA, Green said that South Korea was the most passive country in the U.S.-led Indo-Pacific strategy among U.S. allies, and China constantly comes between Seoul and Washington. Unlike other U.S. allies, South Korea does not explicitly declare its participation in its Indo-Pacific strategy, and considering the tense South Korea-Japan relations, it could be a serious issue, Green claimed. He also added that there should not be schisms in the South Korea-U.S. alliance at a time when South Korea-Japan relations are at risk.

Green criticized U.S. President Donald Trump for neglecting the South Korea-Japan discord which ended up dismantling the General Security of Military Information Agreement (Gsomia) between the two U.S. allies. If South Korea should make an alliance with China as realist strategists around Xi hope — not by the power of China but due to Washington’s failure to manage the South Korea-U.S.-Japan security alliance — it would mean a great change of direction in Asian history. In a contribution to the JoongAng Ilbo on Aug. 30, Green claimed that the United States could have taken the following three actions to prevent South Korea’s ending of the Gsomia and Japan’s removal of South Korea from its so-called white list, but didn’t.

First, Japanese government officials expressed the intent to reinforce export restrictions on South Korea for weeks, but Washington did not express explicit opposition or concern. Second, U.S. intelligence agencies could have invited South Korean and Japanese partners and stressed the importance of the South Korea-U.S.-Japan alliance, but Washington missed the opportunity, and the Gsomia was scrapped. Third, a bipartisan Congress delegation could have been sent to South Korea and Japan, but Trump did not send one.

Green’s analysis reflects some bias for Japan. Instead of watching the South Korea-Japan discord neutrally, Trump and his aides most likely sided with Japan. It reflects Washington’s deep distrust in the Moon Jae-in administration. As soon as the Gsomia ended, the White House, the U.S. Department of State and the U.S. Department of Defense all expressed disappointment in Korea. Without doing its duty, the United States criticized South Korea for ending Gsomia and shaking the South Korea-U.S.-Japan security alliance in Northeast Asia. It did not mention Japan’s accountability at all.

After the South Korean government summoned U.S. Ambassador Harry Harris and urged him to refrain from criticizing South Korea and announced an aggressive plan for the early return of 26 U.S. bases, Washington began to show signs of control. When it is time to say “no,” it must be said clearly on time as the Moon administration does.

On his visit to North Korea in June, Xi said that the friendship between China and North Korea was irreplaceable. He also said that China would help resolve North Korea’s reasonable security and development issues. Xi certainly has North Korea in its pocket. Trump also cares about encouraging and motivating North Korean leader Kim Jong-un. On a series of North Korea’s short-range ballistic missile launches, Trump said they were not a big deal and did not violate UN Security Council resolutions. When he received a letter from Kim in June, Trump said that it was excellent and he was satisfied. To Trump as a businessman, the South Korea-U.S. joint military exercise is a waste of money. So, he said that he did not like the drill. It is unclear whether South Korea is America’s ally or North Korea is. With both Trump and Xi supporting him, Kim Jong-un cannot afford to think about President Moon Jae-in.

North Korea is courted by the two biggest powers in the world. Meanwhile, Seoul has lost trust from Washington, Pyongyang and Tokyo and become a loner in Northeast Asia. South Korea’s National Security Office Director Chung Ui-yong, Second Deputy Director Kim Hyun-chong and Foreign Minister Kang Kyung-wha should all feel responsibility for pushing South Korean diplomacy in a pit and pushing inter-Korean relationship into an endless tunnel. They always say that they closely consult U.S. counterparts. But it turns out that they were lying. Concept and action plan for the South Korea-U.S. relationship need to be re-established urgently.

When Yan proposed the South Korea-China alliance in 2013, it did not garner much attention and was considered the personal opinion of a visionary. Less than 10 years later, it is not so strange an option for South Korea to have an alliance with China and North Korea with the United States. To Trump, an ally means nothing but a target to demand more fees for stationing U.S. forces and an export market to sell expensive high-tech U.S. weapons.

Of course, there is no guarantee that U.S. administrations after Trump will continue such a generous policy on North Korea. Actually, the possibility is slim. South Korea-U.S. and South Korea-Japan relations also may not be as tense either. In the rivalry between the United States and China, South Korea’s diplomacy should have a solid stance. The conflict over Gsomia will soon be resolved thanks to the needs from the U.S.-led Indo-Pacific strategy. There is no reason for us to rush. We can enjoy and watch the United States twisting Abe’s arm until then.

The history of Northeast Asia is twisting. Strangely, China is pulling South Korea while the United States is pushing South Korea and pulling North Korea. We need a long-term vision for the day when South Korea-China and North Korea-U.S. diplomacy are no longer a fairy-tale. While it is rather late, Moon and his foreign policy and security officials need to have the insight to review and understand South Korea’s situation in the context of history. Understanding it out of context cannot be a useful guideline for serious policy making.