Reading this could cause deflation

Reading this could cause deflation 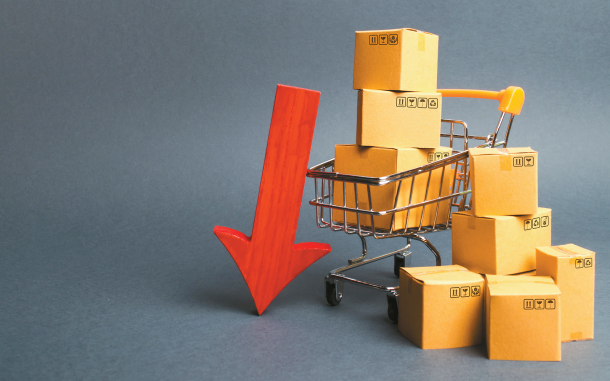 It’s official, though only barely.

With a minus 0.038 percent on-year change in the consumer price index in August - the first negative reading since the number was first tracked 1965 - Korea became a member of the deflation club.

The government and the central bank scrambled to calm the markets and public by rejecting the idea of Korea under the grip of deflation. They said it was temporary blip. They blamed seasonal factors. They pointed to an excess supply of oil and vegetables.

Most of all, they leaned on rounding to declare that the number was actually a zero.

Fair enough, except for the fact that the reading was accompanied by slow economic growth, weak investment and lackluster consumption. The D word - deflation - was being uttered in sentences with the R word - recession.

No amount of spin could overcome the general concern that the country had entered unchartered territory.

Against this backdrop, economists and analysts are warning of Korea potentially heading into a deflationary trap, right where Japan has been stuck for more than two decades.

As if on cue, Paul Krugman was in town. The Nobel laureate said while here that he saw “hints of a Japan-style slide into deflation.”

Even putting aside negative factors such as the U.S.-China trade war, Korea faces structural deflationary forces, such as societal aging and the spread of e-commerce and other technological advancements that bring down the prices of goods.

Some experts say that the erosion of prices will become the “new normal” and that policymakers should adapt their policy ammunition to the new environment instead of merely playing down the risk.

What compounds the problem is the fact that the traditional way of solving deflation - an interest rate cut and large-scale asset purchases - have not proven to be a panacea as evidenced by the experiences in Japan and some parts of Europe.

Deflation is defined as a sustained decline in an aggregate measure of prices, such as the consumer price index or the GDP deflator, according to the International Monetary Fund.

The Bank of Korea said that the August result is not indicative of a broad-based, sustained decline in prices or in demand, calling the state “disinflation.”

“It is hard to determine the current status as the onset of deflation given that the decrease doesn’t take place in a broad range of components and lacks self-fulfilling effects with the supply side heavily affecting the price levels,” the central bank said in a statement.

The bank noted that the component that showed the biggest contraction, of minus 7.3 percent, was the agricultural and fisheries category, which experienced a supply glut and lower pricing this summer.

The markets and experts are not so apt to play word games, noting that inflation in Korea has been less than 1 percent all year and a negative GDP deflator, which measures the changes in prices for all of the goods and services produced in an economy.

“Prices keep declining in a slowing economy where the GDP deflator plunges into negative territory,” said Sung Tae-yoon, economics professor at Yonsei University, “That shows that deflation is actually at play.”

Even when taking out the volatile components of the index, such as agricultural produce and oil-related items, the direction is clear, according to Woori Financial Research Institute.

“Core inflation, which excludes food and energy sectors, has been on a downward trend since 2015,” the institute wrote in a report released earlier this month.

“The trend was affected by domestic factors, such as the increasing GDP gap ratio rather than external factors, including the currency exchange rate and import prices,” it added.

Korea’s core inflation rate was 2.4 percent in 2015 but slid to 1.9 percent the following year. In 2018, the figure came in at 1.2 percent, but further declined to 1 percent between January and August this year.

The consumer price index grew at an average rate of 0.5 percent in the past eight months, an all-time low for the first eight months.

In Korea’s history, there were only two times of 0-percent inflation: in 1999, at the height of Asian Financial Crisis, and in 2015, as oil prices plunged and during the outbreak of Middle East Respiratory Syndrome.

In putting the price data in longer-term perspectives, research institutes cite the stagnant demand side as a main factor for very low inflation, defying the central bank’s assessment.

“Headline inflation decreased to 0 percent on shrinking demand combined with the base effect from the supply side,” the institute wrote in its monthly report.

The report outlined a trend in the country’s consumption and facility and construction investment over the past four years and noted that all three components suffered a notable fall starting the second half of last year.

The decline accelerated over the past months as new headwinds, such as Japan’s exports restrictions against Korea, weighed on top of the uncertainties surrounding the U.S.-China trade war and Brexit.

Retail sales, an indicator of consumption, fell 0.3 percent in July from the previous year, while facilities investment declined 4.7 percent on-year.

“The demand side is set to be under further pressure down the road because general economic conditions continue to be strained,” said Kim So-young, economics professor at Seoul National University.

The general downturn in growth, consumption and investment increases the fears of deflation since deflation is believed to invite a vicious cycle of low consumer spending, tepid investment, a weak job market and subpar growth, as seen in Japan’s case.

“It could be too early to say that we are now in deflation,” said Park Seung-woo, analyst at DB Financial Investment, “But inflationary pressure is very low.”

“As this year’s economic growth will fall short of potential growth rate, the pressure will be weakened further.”

A research paper released this month said that this year’s performance will be “far below” the potential growth rate.

This year’s growth forecasts by the central bank and government have been consistently revised downward to 2.2 percent, and the Bank of Korea admitted that its earlier optimism about achieving target inflation was misplaced.

Another worrisome sign for possible deflation and persistently low growth is the country’s demographics. It’s getting older.

“The growing proportion of the aged is considered as a major drag on the potential growth rate,” said Lee Seung-hoon, analyst at Meritz Securities.

Japan experienced a similar pattern, according to Lee.

“In 1998, the number of people aged between 15 and 64 started decreasing, and by 2015, there were 4.58 million fewer in that category,” he said, “Then, those over 65 expanded by 2.69 million, but the total economic participation dropped 5 percent during the period.”

The specter of deflation has wide-ranging implications for the economy, from businesses to financial markets to the ordinary consumers.

In a deflationary economy, consumers expect prices to fall and hold out on spending. The delay in purchases, ultimately, sets off a vicious cycle of declining demand and oversupply, which leads to further drops in prices and in turn, a sluggish economy.

The phenomenon is bad news for companies as price drops hit profits.

That means businesses will be forced to cut back on investment, production, wages and even the number of jobs, all factors in economic growth.

Considering the gloomy outlook due to declining profit, the stock market will also take a hit as share prices reflect the future value of businesses.

“Investing in a company is based on its future profitability,” said Kim Tai-gi, an economics professor at Dankook University, explaining that a drop in profits causes a sell-off, which weighs on the broader stock market.

Just as businesses will be impacted by deflation, ordinary individuals face grave consequences in a deflationary environment.

The increasing value of money during deflation due to declining prices means more pressure on borrowers as the amount they have to pay back loans dwindles.

Property is usually bought with hefty loans, and real estate buyers could be at a significant loss, further hit by actual drops in property prices.

It can spin out of control.

“In the worst case scenario, this can lead to panic selling in order to limit losses,” said Kim, explaining that the phenomenon could spread, leading to oversupply and further declines in prices.

A drop in wages is also a real possibility from the economic slump triggered by deflation, which raises alarm considering the high levels of household debt.

Korea’s household debt rose 5.8 percent last year from the previous year to 1,535.6 trillion won, compared to household income growth at 3.9 percent over the same period, according to data from the Bank of Korea.

“If income decreases, people won’t have money to pay back their loans,” said Kim at Seoul National University. “This increases the likelihood of defaults.”

Despite the apparent negative consequences of deflation, the phenomenon does have positive implications.

Cash is king during deflation as consumers can buy more products and services with the same amount of money.

In part in response to deflationary pressures, the government has vowed to commit to expansionary fiscal spending, raising next year’s budget by 9.3 percent.

Think tanks have expressed caution about aggressive monetary policy, such as rate cuts.

“Considering the need for [policy] room in a worst-case scenario, there should be a cautious approach in additional interest rate cuts,” wrote Hyundai Research Institute in a report released earlier this month.

Interest rate cuts are also expected to be limited in line with global rates.

Experts also point out that aggressive spending is being poorly utilized.

“Injecting more money will improve the situation; however, fundamentally they should target more investment,” explained Kim So-young. “[The government’s current proposal] does not make sense.

“If they believe that the situation is urgent, the budget should actually be spent for economic recovery.”

While the government has proposed a record-high budget of 513.5 trillion won next year, over one third of the amount - 181.6 trillion won - will be allocated to social and welfare programs. The nearly 200 trillion won budget for the programs is a 12.8 percent rise from the budget allocated to the sectors this year.

Some experts believe that the impact of fiscal and monetary policy moves will be limited.

“Since the global financial crisis of 2008, Korea has relied far too long on interest rate cuts, fiscal spending and increased construction projects,” said Kim Tai-gi, explaining that the country has put off on overhauling its industrial structure.

“We need to make changes to the real economy,” advised Kim. “There should be large-scale restructuring of industries through deregulation.

“This could lead to a short-term rise to unemployment. […] However, it could ultimately spur new investment and rise in new growth sectors,” he added.