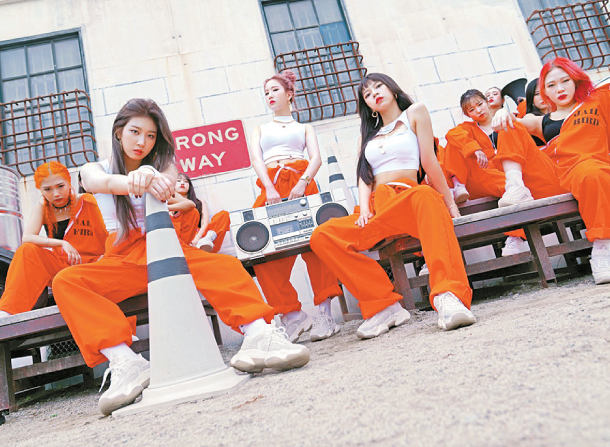 Girl group 3YE will drop its second digital single “OOMM” at 6 p.m. on Tuesday, according to the group’s agency GH Entertainment.

With the announcement, the agency also released a teaser image of the new single through 3YE’s official social media channel on Saturday, offering a glimpse of what the next song will be like.

3YE is composed of Yurim, Yuji and Haeun. “OOMM” is an acronym for out of my mind, and the song is co-produced by Wooziq and Myo, according to the agency.

3YE debuted in May with a single “DMT (Do Ma Thang)” and quickly managed to attract global fans by releasing a cover of songs “Slay” and “Taj” by Moroccan singer Manal. The video of the girls’ cover of “Taj” has more views than their official music video for “DMT.”