WeCook CEO has discovered a recipe for success

WeCook CEO has discovered a recipe for success 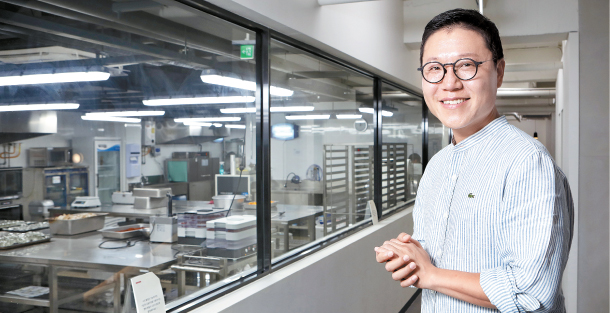 In 2014, financier Kim Ki-woong left his job and started a lunch box delivery service in Gangnam, southern Seoul. The business wasn’t bad, growing within a year to have three stores in the neighborhood, but the increased revenue didn’t lead to better profitability. A bigger business meant larger spending on rent, labor and ingredients.

“The peak time for lunch box delivery was between 11 a.m. and 1 p.m. Chicken restaurants, on the other hand, see more customers at night,” said Kim. “So I thought: if we share the space and deliverymen and buy large amounts of ingredients together, the individual owners can pay lower costs.”

That’s how Kim started WeCook, Korea’s first shared kitchen service and food start-up incubator. When it launched in October 2015, it was the only local start-up in the business, but there are now roughly 20 shared kitchen operators in the country.

WeCook runs five locations in Seoul and has raised a total of 22.2 billion won ($18.6 million) in funding so far - the largest amount any shared kitchen operator has received worldwide. 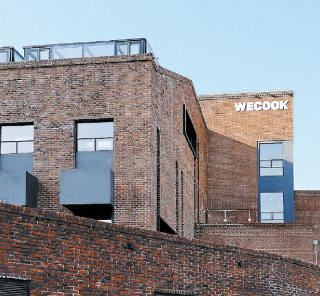 In July, the company became the first shared kitchen operator to be accepted onto the government’s regulatory sandbox program which exempts the firm from existing laws to enable start-ups to embrace emerging technologies and IT services.

So for the next two years, food start-ups sharing WeCook’s kitchen are allowed to supply their goods to retail channels and rightfully register as food business operators, despite not having their own production base. Both practices would normally be impossible under current regulations.

Kim sat down with the Korea JoongAng Daily at WeCook’s Sajik-dong branch in Jongno District, central Seoul on Aug. 21 to discuss the growing industry. Below are edited excerpts from the interview.

Q. You once ran a food business yourself. How did you move on to a shared kitchen services?

A. I started by analyzing why the burden of fixed costs was snowballing despite the sales increase. Then I found out there was a structural problem in Korea’s restaurant industry - the market is so saturated that the sales increase is slower than the speed of cost hikes.

That left me with two choices - close down or find a solution to pull down costs. I picked the latter. Sharing a wide space with a lot of people was just one of those ideas. While studying examples overseas, I found that the concept of shared kitchens already exists in the United States, so I flew over in 2015.

What’s different about shared kitchens in the United States compared to Korea?

There are largely two types of shared kitchens - one that provides space for food product manufacturers that supply to retailers and one that receives orders, cooks dishes and delivers them. The U.S. shared kitchen scene grew with the influx of food manufacturers. It’s not been that long since they started making kitchens for food delivery operators.

WeCook was approved for the sandbox program. What has changed?

Under domestic law, one food business license is issued per production base, which is different to the United States where licenses are granted to the individual [rather than space]. So before the sandbox, start-ups that shared our kitchen were like freelancers [rather than business owners] - WeCook sold their products as the licensed owner at our store and paid them back in sales. The sandbox program allowed for them to register as independent food businesses without a production base.

The second change is that those start-ups are now able to supply their products to retailers. Before, they were only allowed to sell products either online or to customers that come to WeCook operations in person. Now, our partners can sell products in batches to nearby convenience stores or cafes.

A lot of local shared kitchen services seem to expect big things for Korea’s food delivery market, but WeCook puts a bigger focus on food products. Why is this?

It’s obvious - the consumption pattern is changing. Just five years ago, a lot of consumers refused the idea of buying fresh food online. But the online food retail market rapidly grew. This is an event disruptive enough to change the structure of the entire industry.

More people are ordering food through e-commerce websites, so now it makes more sense to make and sell products than start a restaurant. Three years ago, more than 80 percent of start-ups that applied for our incubating program wanted to open restaurants. Now half of them come to develop food products for retail. Food still accounts for a small portion of Korea’s e-commerce scene - around 11 to 12 percent. I believe it can easily go as high as 50 percent, like fashion and furniture.

In that case, why are you pushing for reforms to expand brick-and-mortar sales channels for food start-ups?

Shared kitchens are a platform optimized to support small-scale production of a range of items. With food sales going online, the trend is changing faster than ever, and consumer demand for new items is constantly on the rise.

This is a big change compared to the past when most food products sold at major retailers were mass-produced items from conglomerate food brands. For smaller start-ups, shared kitchens offer infrastructure that enables them to generate profit in a market that used to be favorable to traditional players. And people who want to enter this business are all over the country. That’s why we have to increase operations. In the long run, we believe shared kitchens will function as production hubs and retail points for locally-based food makers.

Now that the regulations are taken care of, at least for the next two years, what are your plans?

At this point I believe there should be industry standards, and I hope WeCook can play a role in setting the global guidelines.

Shared kitchens need hygiene and license standards different from other food businesses. For the industry to grow, we need to assure people that shared kitchen-made products are safe.