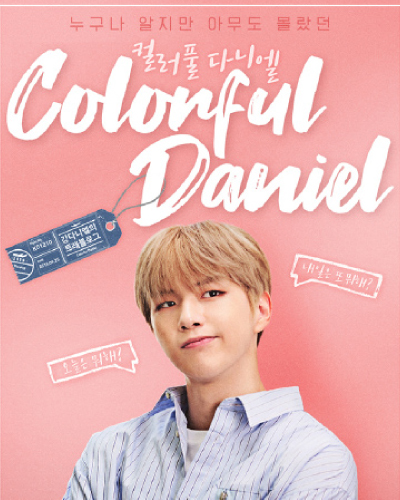 Singer Kang Daniel will be revealing himself of YouTube starting Sept. 25, Konnect Entertainment said on Monday.

“Kang Daniel will be launching his very own YouTube content entitled ‘Colorful Daniel’ on Sept. 25, 6 p.m., containing footage from his everyday life,” the agency said.

According to the agency, “Colorful Daniel” will show Kang’s journey in becoming an artist since his debut as a solo singer in July, featuring footage he took himself.

Performances, interviews and travel vlogs will be included.

The poster released on Monday read, “what everyone knew, but no one knew,” promising to reveal new sides of the singer.

“The video will show different sides of Kang Daniel, from when he is on the stage as a singer to how he grows as a person through new experiences,” the agency said.

“We hope this becomes an opportunity for him to become closer to the fans than ever before.”

New episodes of “Colorful Daniel” will be released every Wednesday from Sept. 25 for seven weeks.