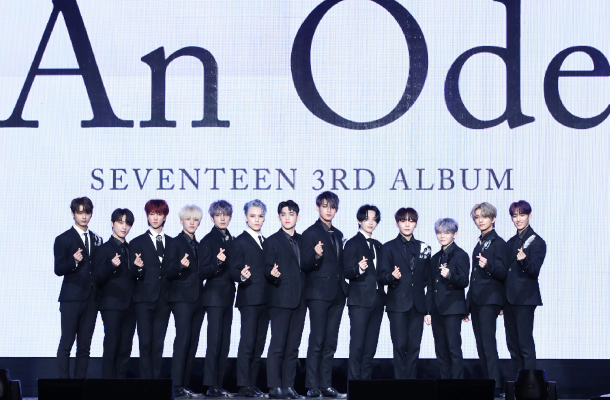 Members of the boy band Seventeen pose for photos at the showcase for their third full length album “An Ode,” on Monday at the Hwajeong Stadium at Korea University in northern Seoul. The 11-track album comes a year and 10 months after their second full album “Teen, Age” was released in November 2017 and a month after their previous single, “HIT” in August of this year.
[YONHAP]