Starting Monday all stocks and bonds that are issued and circulated will be digitalized, an achievement reached more than three and a half years after electronic securities laws were established in March 2016.

“[Today] is a historic change in carrying out an overall dematerialization in the 45 years since the securities depository system was adopted in 1974,” Eun Sung-soo, Financial Services Commission (FSC) chairman said. “A securities digitalization era has opened up where the exercising of rights without issuing paper securities accordingly to the records on the electronic registry has become possible.”

The FSC said the digitalization is important especially at a time when Korea’s securities and bond market has been expanding rapidly.

As of Sept.5, the daily transaction of stocks amounts to 11 trillion won ($9.3 billion) or 1.4 billion shares while bonds traded amounts to 8 trillion won.

“As the issuance, distribution and exercising of rights of securities are all conducted electronically, inefficiency will be gone, [the time of] process will be shorted and innovation will speed up,” the FSC chairman said.

He especially noted that the digitalization will make it possible to build up big data that will contribute to the development of fintech innovation.

“It will become easy to create information that is needed for companies and investors,” Eun said. “[And] it will be impossible to commit securities exchanges whose purposes are evading taxation.” 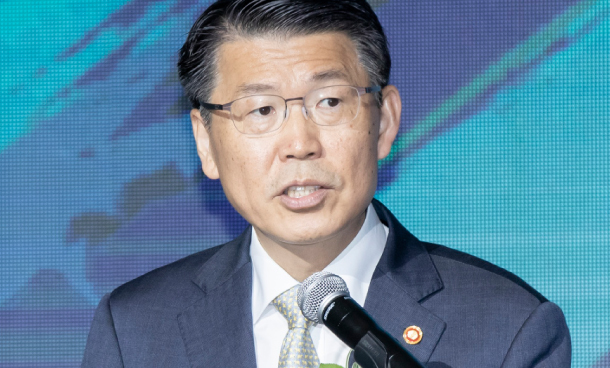 The changes are expected to contribute to creating an economic value of as little as 435.2 billion won to as much as 904.5 billion won in the next five years including cutting back on management costs in issuing physical securities certification forms as well as saving on risk expenses resulting from having the certification being lost, stolen or fabricated.

In particular, the digitalization is expected to contribute largely to helping prevent fraud and criminal activities.

According to the FSC in the last five years between 2013 and 2018 there have been 11 attempts to fabricate 156 trillion won worth of securities.

In 2013, eight people were caught trying to circulate 65.9 trillion won worth of foreign exchange stabilization bonds that were fabricated in China.

Additionally, in 2014, a person was caught trying to transfer the title of 5.3 billion won worth of a company’s 560,000 fabricated shares.

In the case of investors, shareholders are expected to see enhancement in their shareholders rights such as unpaid interest on their investments including cash dividends.

The government estimates roughly 88 billion won has been failed to be collected by investors.

For companies the digitalization is likely to reduce the time it takes to secure their investments while preventing any hostile threats as they will be able to better manage their shareholders. The government will be able to oversee any attempts of tax evasion as well as secure better information on the circulated securities and bonds.

“The electronic securities system is opening a new environment that will establish innovation and fair economy in our society,” said Cho Kuk, Justice Minister, who attended the FSC ceremony on Monday. “By realizing the transparency of the share owner relationship, the foundation for fair economy will be created including improvement in corporate governance structure.”