Ryan to adorn the cabs as Kakao Mobility takes over Tago

Ryan to adorn the cabs as Kakao Mobility takes over Tago 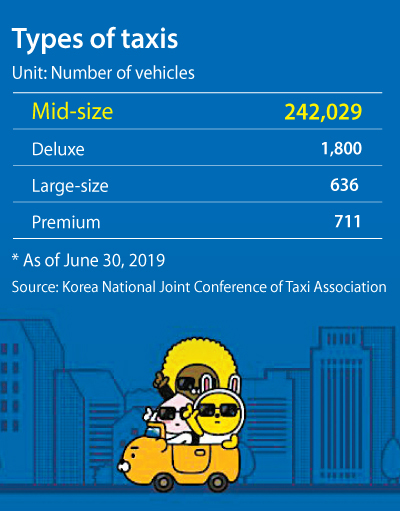 Kakao Mobility has acquired the 70 percent of Tago Solutions it didn’t already own.

“An acquisition of 70 percent of shares in Tago Solutions owned by representatives of the taxi companies is completed,” Kakao Mobility announced Monday.

The acquisition allowed Kakao Mobility to become the sole owner, as the company already owned 30 percent of the shares.

Tago Solutions is one of the latest businesses to offer mobility services in Korea. Since last March, the government has allowed some ride-hailing services to operate in the already highly competitive market.

Under the changed law, the government can purchase taxi licenses and distribute them to platforms in exchange for fees. Businesses models with distinguishing offerings are favored, such as Tago Solutions’ Waygo Lady - a female-only taxi service driven by a female drivers.

After the Ministry of Land, Infrastructure and Transport approved the service last March, the company introduced Waygo Blue - taxis that do not reject passengers - through the Kakao T platform. Now, around 300 Waygo Blue taxis are operational.

“While [Kakao Mobility’s] previous role was limited to providing technical support to [the] Waygo Blue service, we decided that combining the powerful platform with our expertise in managing the service would be effective in expanding the Waygo Blue service nationwide, which was the main reason behind the takeover,” explained an official from Kakao Mobility.

After the takeover, Kakao Mobility changed Tago Solutions’ name to KM Solutions. Ryu Gung-seon, co-CEO of Kakao Mobility, was made managing director of the company.

“In order to attract potential taxi business partners in the countryside, the company had an internal discussion that nominating a representative from the platform company would work better,” said an official from Tago Solutions.

Kakao Mobility is focused on the “mid-sized taxi market.”

According to the Ministry of Land, Infrastructure and Transport, taxis are categorized into small-sized, mid-sized, deluxe, big-sized and premium taxis depending on the taxi’s displacement and maximum number of passengers it can carry.

Among the 245,176 taxis in the country, mid-sized taxis accounted for 98.7 percent of the total as of June 30, 2019. In this market, Kakao Mobility has been acting only as a go-between, receiving calls from customers and directing drivers.

“As witnessed by Kakao Mobility’s takeover of taxi companies such as Jinhwa Taxi and Jungil Industry, the company is trying to gain an upper hand in the mid-sized taxi market, which has the biggest size in the whole taxi market,” said an official from the mobility industry.

Kakao Mobility is changing Waygo Blue’s service name into Kakao T Blue and featuring taxis with images of popular Korean characters, such as Ryan and Apeach from Kakao Friends.

The company won the Seoul city government’s final approval for changing its service name on Sept. 10 after filing the request last month. When the company made the request, it included designs of mid-sized taxis with stickers of Kakao characters such as Ryan.

Franchise businesses must seek approval for changes to exterior designs from local governments.

“As long as there isn’t any serious problem, it will probably be accepted,” said a Seoul government official.