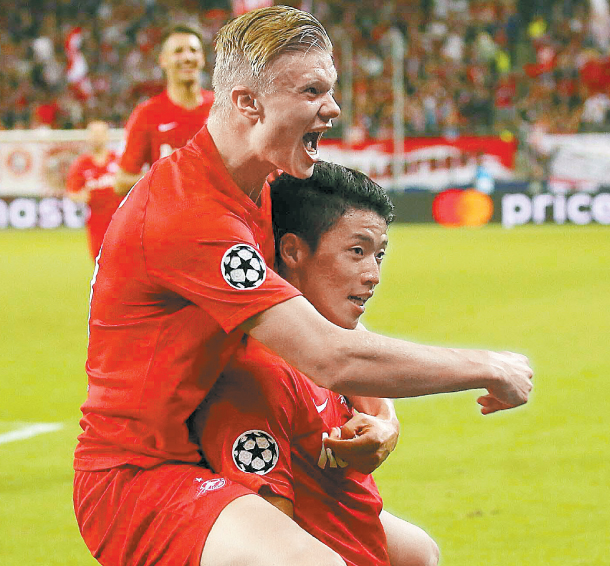 Hwang Hee-chan of FC Salzburg, right, celebrates with teammate Erling Braut Haland, left, after scoring a goal during the UEFA Champions League Group E match against Genk at Stadion Salzburg in Salzburg, Austria, on Tuesday. Finding the back of the net in the 36th minute, Hwang picked up his first UEFA Champions League goal and helped Salzburg to win 6-2. With the goal, Hwang became the third Korean football player, after Park Ji-sung, formerly of Manchester United, and Son Heung-min of Tottenham Hotspur, to score in a Champions League match. [AFP/YONHAP]