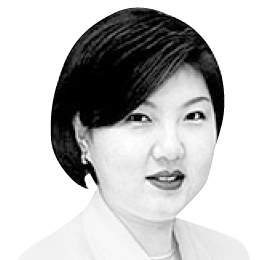 More than six out of 10 of its subscribers live outside the United States. It is fast proliferating in Korea, confounding domestic players who initially shrugged off the new competition, with its higher membership charges and foreign content. According to Nielsen Koreanclick, Netflix commanded 1.86 million paid viewers in Korea as of the end of July, up 4.4 times from a year ago. Subscribers to seven domestic OTT platforms fell 10.4 percent, to 12.74 million, during the same period.

Netflix differentiated itself in OTT, which started as a service delivering TV programs on the internet in the beginning, by spending massively — $8 billion a year — on making original content despite its colossal debt of $8.5 billion. The Economist last year coined the term “Nexflixonomics,” which is based on a new business model of getting people to subscribe to video content it produced, purchased or distributed at a cheap rate.

The key to its success is a “winner-take-most” proposition. Its debt-financed content spree has forced its competitors to go bigger through mergers and acquisitions and develop their own programs.

Disney studio will launch pay channel Disney+ in the United States, Canada and the Netherlands in November. Apple is starting Apple TV+ in 100 countries the same month. “Apple wouldn’t even be thinking about this business if it wasn’t for Netflix,” media noted. All global IT names, Amazon, Facebook, Apple and Google are involved in OTT or readying to take on Netflix.

There are two sides to the Netflix coin. Content producers welcome a foreign platform that is willing to invest more without meddling and promises a global outreach through its world-wide network. Netflix added 115 Korean movies to its movie list this month.

It is preparing to release more than 10 original contents produced in Korea.

Critics warn of foreign occupation. Netflix bars second distribution by producers through its exclusive contracts. Korean content could come under Netflix influence eventually through its winner-take-all system. Telecommunication carriers must shoulder the cost of the traffic load.

Other foreign giants are joining the Korean market. Apple+ will arrive within the year and Disney+ next year. The foreign invasion has spurred local players to build up economies of scale. SK Telecom joined up with three terrestrial broadcasters to launch a joint platform Wavve. CJ ENM and JTBC also will launch their joint platform early next year.

Netflixonomics won’t just shake the media and telecommunications landscape. It aims to steal the user’s time and eventually the consumer. It is why global IT giants are lured into the market.

Chung Yong-jin, vice chairman of Shinsegae Group, said an online shopping mall’s biggest competition is the baseball field and theme park. Winning over the consumer’s time — wherever they are — has been posed as the common mission for not just the media and telecom industries but also the entire domestic market.