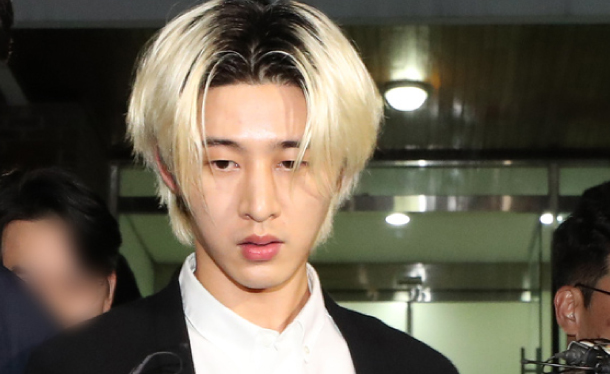 Kim Han-bin - better known as B.I, a former member of boy band iKON - partially admitted to having bought and used drugs in the past during police questioning that took place over 14 hours on Tuesday.

Kim was summoned to the Gyeonggi Nambu Provincial Police Agency on Monday at 9 a.m. and grilled over accusations that he bought and smoked marijuana in 2016. The questioning went on until 11:20 p.m. B.I partially admitted buying and using drugs during the questioning, Gyeonggi Nambu Provincial Police Agency said, without making it clear what he “partially” revealed.

An anonymous report by a former K-pop trainee in June this year alleged that they had been threatened by Yang Hyun-suk - former head of YG Entertainment, home to iKON - not to mention Kim’s name during police questioning when they were arrested by police for drug use in August 2016.

While the trainee had reportedly received a KakaoTalk message from Kim asking them for marijuana, Yang called them to his office and “persuaded them” not to report it to police. Yang has not been summoned for questioning related to the case.

The police will send the case to prosecutors, and also summon Yang on possible charges of threat and evasion of crime.