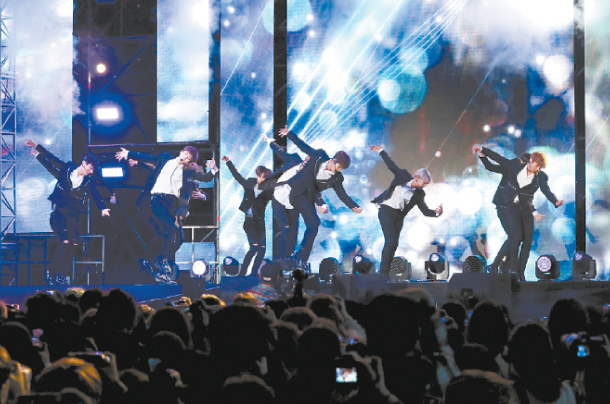 The eighth Gangnam Festival will be held from Sept. 26 to Oct. 6, offering visitors some fun in southern Seoul’s most internationally known neighborhood, the Gangnam District Office said Thursday.

“We plan to make Gangnam a global hub where 10 million visitors come for the festival, by upgrading the cultural assets that we have,” said the Gangnam District Office, the organizer of the festival, in a release. There will be 35 programs offered under the theme “Sensation, 2019 Gangnam!”

The opening ceremony will be held at COEX, southern Seoul, where performances will be held by choirs, singers and K-pop bands along with fireworks.

An exhibition about the tourist attractions of Gangnam put together by various entertainment agencies, hair salons, galleries and artists will be mounted inside COEX’s eastern lobby for the duration of the festival.

While street performances will be held at different places across the Gangnam region during the festival, the highlight, “Yeongdong-daero K-Pop Concert,” will be held on Oct. 5 at COEX featuring the hottest K-pop stars including boy bands X1, AB6IX and Astro and girl group GFriend.

The concert will be held from 7 p.m., and other details can be found on the Gangnam District Office website, www.gangnam.go.kr, or via the district office’s official mobile app, “The Gangnam.”