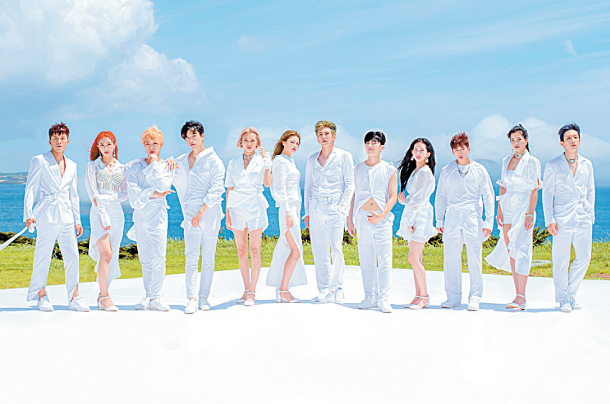 K-Tigers Zero made its official debut on Thursday with its first EP, said their agency K-Tigers E&C.

“K-Tigers Zero, a 12-member mixed-gender group, made its debut as a Taekwondo performance team,” the agency said.

The five-track EP - featuring a prologue and “Now,” “Side Kick,” “Time Travel” and “Just Once” - shows not only the members’ musical talent but also a Taekwondo-based choreography that’s not common in the Korean music scene.

K-Tigers Zero follows the debut of K-Tigers in 2016 with 22 members with its first track, “Hero.” The K-Tigers franchise has been applauded for its creative fusion of traditional Taekwondo moves with elements of K-pop dance and ballet.

Two famed producers - Cha Cha Malone and DJ Koo - partnered with K-Tigers Zero on two of their tracks, “Now” and “Side Kick.” Choreography for the two songs was created by members of the group.

K-Tigers Zero will officially begin its schedule as a group and meet fans abroad from October.