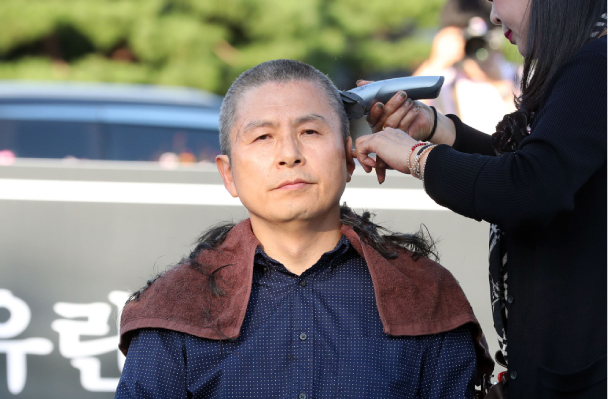 CHOI MIN-WOO
The author is a deputy political news editor at the JoongAng Ilbo.

Abraham Lincoln, when he was a Republican presidential candidate in the United States in 1860, had a bit of a complex about his large jaw. Because it projected a stubborn image, it was a weakness for a politician. As he was struggling in the campaign, 11-year-old Brace Bedell sent him a letter urging him to grow a beard. “You would look a great deal better for your face is so thin,” she wrote. “All the ladies like whiskers and they would tease their husband to vote for you and then you would be president.” Her advice contributed significantly to Lincoln’s election to be the 16th president of the United States.

You would be called old-fashioned if you say there’s more than meets the eye, but the essence is the content. What good are messages when people don’t listen? In the age of media politics and image consumption, the appearance of politicians is important. Princeton University’s Alexander Todorov compared inferences of competence from faces and election outcome forecasts in 2005, and using his method, the 95 elections conducted between 2000 and 2004 had a 73 percent match rate, with more than 50 percent of matches showing a correlation between appearance and outcome. The myth that good-looking candidates have an advantage in elections is scientifically proven.

The opposition Liberty Korea Party’s Chairman Hwang Kyo-ahn shaved his head. At first, party insiders said that shaving his head was a last resort, and if the opposition leader shaved his head, there would be no exit strategy. While his intention to fight resolvedly was not conveyed, parody photos of him with ludicrous haircuts proved popular with people in their 20s and 30s.

The political language of shaving one’s head or going on hunger strikes went out of fashion at least three decades ago, and the public now interprets it with a sense of humor, not serious regard. Politicians need to really think about whether this is the best strategy.