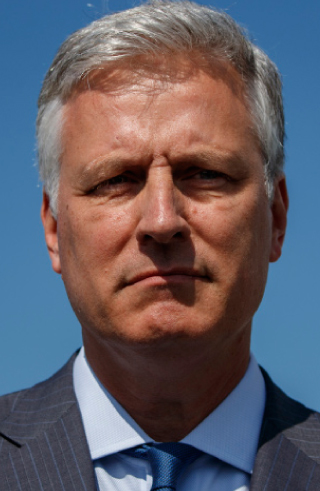 Trump made the announcement on Twitter, days after he fired John Bolton over disagreements on policies including how to denuclearize North Korea.

“I am pleased to announce that I will name Robert C. O’Brien, currently serving as the very successful Special Presidential Envoy for Hostage Affairs at the State Department, as our new National Security Advisor,” Trump wrote. “I have worked long & hard with Robert. He will do a great job!”

O’Brien served as a foreign policy adviser to several Republican presidential campaigns, according to news reports. The New York Times said Trump was impressed by the envoy’s work to secure the release of Americans detained in countries such as North Korea and Turkey.

Three Korean-Americans were released from Pyongyang in May last year ahead of the first summit between Trump and North Korean leader Kim Jong-un, but it is unclear whether O’Brien played a role.

The new national security adviser is Trump’s fourth. He is known to have the strong backing of U.S. Secretary of State Mike Pompeo and could boost Pompeo’s voice in the administration’s foreign policy decisions.

O’Brien served as a U.S. representative to the UN General Assembly in 2005, when Bolton was U.S. ambassador to the UN.