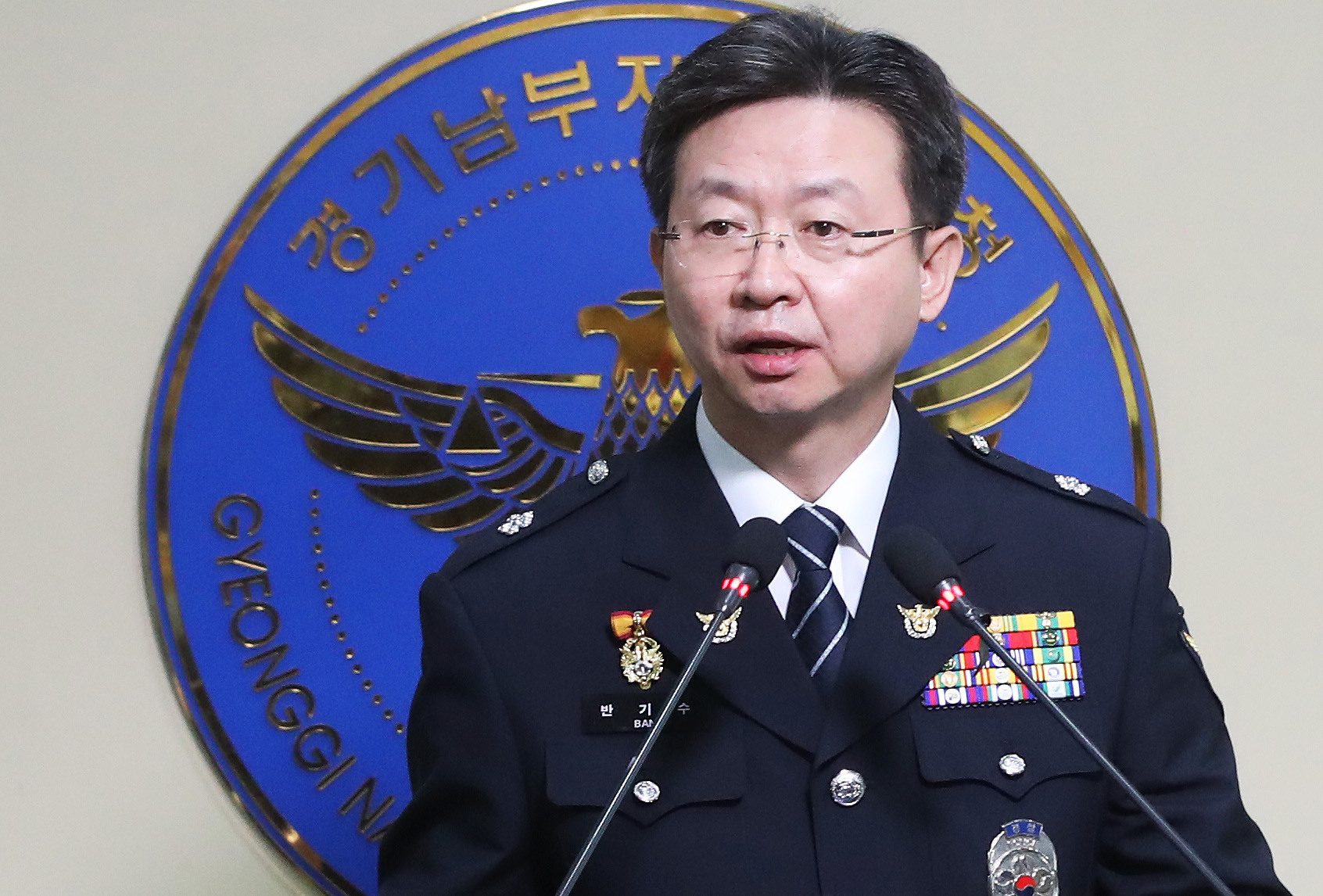 Ban Ki-soo, a chief investigator from the Gyeonggi Nambu Provincial Police Agency, gives a briefing Thursday on the suspect in a series of killings in the 1980s and 1990s in Hwaseong, Gyeonggi. [YONHAP]

A 10-victim rape and murder spree of the late 1980s and early 1990s terrified the nation — particularly due to the authorities’ inability to find a culprit — and was compared to the so-called Zodiac killings in California in the late 1960s. The killings gave rise to copycat crimes and inspired one of the most iconic blockbusters of Korean cinema, “Memories of Murder.”

Definitive confirmation that Yoon wasn’t the serial killer came with two more murders that took place after a gap of two years. The ninth victim — a 14-year-old girl — was found bound, raped and strangled in November 1990, this time with wounds on her body apparently inflicted by a variety of objects like a fork, spoon, pen and razor.

A big part of the problem was the unprofessional methodology of investigators at the time and the absence of technology and equipment to mount a modern forensic criminal analysis. Despite the fact that the killer left ample amounts of evidence at the scenes of the crimes — from smoked cigarette butts to hair and sperm samples — many of these items were discarded or lost in the investigation. Police at the time were unfamiliar with proper evidence collection methods.

According to Ban, what prompted the police to try something new was the discovery that the latest forensics technology could extract and break down DNA samples from decades-old evidence — victims’ clothing from decades ago, which had been kept.