The home of the world’s best smartphones and K-pop stars, including BTS. The nation with the lowest birth rate and one of the highest suicide rates. A country where its people must win against Japan in sports and take to the streets holding candles against a corrupt government. Korean people are different, not only from Americans or Europeans, but also from those in East Asia, like the Chinese and the Japanese.

For the International Bar Association’s (IBA) annual conference, where lawyers from all over the world gather in one place, the Korea JoongAng Daily presents a special report to boost your understanding of Korea. Six themes that can best describe Korean society will be chosen together with FleishmanHillard Stakeholder Engagement Center for a series of articles. 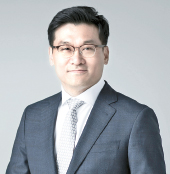 Hur Tae-kyun
The author is a psychology professor at Korea University.

Why are we fighting like cats and dogs? What did we do to each other?

Modern day Koreans live through a range of conflicts and face every possible conflict possible. In the past, conflicts were largely confined to differences between North-South Koreas, regions and ideology. Today, the spectrum extends to almost every topic possible, including gender, generation, politics, religion, economy, labor and human rights.

As we’re not under a dictatorship or communist rule, co-existence of different ideas and conflict is natural and healthy. However, conflicts in Korea today have escalated from expressing differences to extreme hatred. Cursing or uttering disgust to someone with a different point of view is becoming ever more prevalent - definitely a sign that something’s going wrong. And it’s not about hating the message; it’s about hating the individual that conveys it.

What’s even more frightening is that these conflicts have seeped into our daily lives - most Koreans are fighting on respective frontlines as if their lives depend on it. For them, the opposite party is an enemy that should be defeated and disappear from this society.

The fundamental reason why conflict in Korea has developed into a war of hatred is because the fight is rooted in values linked to identity.

The most common conflict in mankind is about resources - on its acquisition and distribution. This fight can happen anywhere, anytime and can even intensify to a matter of life and death. But in the end, it’s about nothing more than “means” of acquiring resources. This type of conflict has a resolution. As long as one can walk away with gains, the conflict will be dropped.

Conflict of values, on the other hand, is more complicated. Values are directly related to identity and therefore inevitably evoke much more intrinsic and intense emotional responses. Values such as ethics, justice, peace, fairness and equality are not subjects of negotiation or concession. Everyone in this battle has total faith that they are fighting for the sake of those values.

Why is such conflict sweeping Korea today? The answer may be because the country is going through its own stage of puberty. According to developmental psychologist Erik Erikson’s theory of psychosocial development, adolescence is a time of identity crisis when we ask questions like “Who am I?” and “How should I live life?” Before that point, children conform and adapt under influences of parents, society and other environmental factors. In puberty, they break from those influences to find their own meaning of life, purpose and values that form the core of their identity. It is through this period that adolescents grow into adults. In this process, adolescents go through a time of rejection and denial in which old values are abandoned and are replaced with new values. This is when they challenge what was around them - parents, elders, social norms, teachers - in order to choose what’s best for them in the end.

In the early 20th century, Korea experienced a complete collapse of political, societal and economic systems under colonial rule and the war. It was in the mid-20th century that it finally started a new life of its own. As a society, we were a “new born” in every aspect. Luckily, good genes and a great environment for growth did the job - over the next few decades, Korea achieved compressed growth.

Democracy, capitalism, education and industrial technology combined with distinctive characteristics, like diligence and intelligence, created an explosive synergy in our national economy. But in our very early years, we were one of the poorest countries in the world. There was no room to ask “why” questions at a time when the entire country was grappling to lift itself from poverty. Up to the late 20th century, survival and economic growth were “absolute” values in this country.

But now, our society is raising the “why” question for everything - for what; for whom; for which values? An explanation of this can be found in the mental state of a teenager at the peak of puberty. Korea has finally reached the stage where it questions identity and what sort of society it should be. As human beings live in a life cycle, societies too go through a development stage. It is natural and necessary.

What’s worrying are conditions that can push the puberty crisis to its very extreme. Compressed economic growth has brought Korea rapid social change over the last 50 years, which for other developed countries took more than 200 years to realize. What would have taken eight to 10 generations to happen in other countries took three generations in Korea. It is understandable that the generational gap is far greater than for countries that experienced gradual growth.

If you take a time machine to go back generations to talk to your ancestors, the welcoming moment won’t last long - you’ll soon realize the differences and discover that you will never be able to understand them nor persuade them. In this context, a society of zero conflict in Korea is an unrealistic scenario.

Today, Korea is full of conflicts between parties that defend their respective values and villainize those that say otherwise. Some fanaticize that law will do justice in ruling which values are right and wrong. But in reality, the legal system and verdicts are based on values that have already been reached by social consensus. A lot of people forget that it’s too much of a burden for them to create new ones. “Let the law decide” is a phrase that Koreans often turn to. But in a lot of cases, they neither believe in the verdict nor do they follow it.

Time is not the only resolution to social conflict in Korea today, but time will definitely be needed - as teenagers do, although not all of them grow up to be a respectable adult.