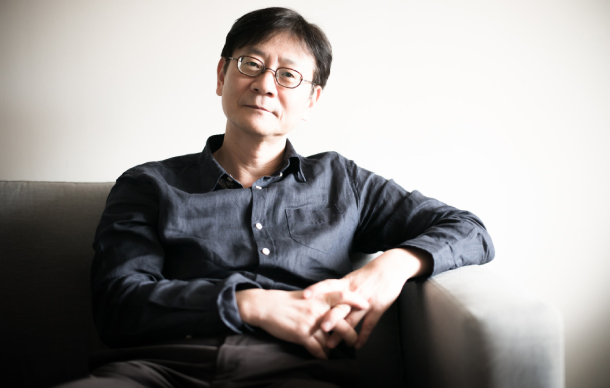 Jou Kyung-chul
The author is a western history professor at Seoul National University.

Korea’s total fertility rate was the world’s lowest last year, at 0.977, according to Statistics Korea.

The index represents the average number of infants a woman gives birth to in her reproductive years, between 15 and 49. When the number is below 1.0, the average couple is having just one baby. This is an obvious sign that Korea’s population will fall steadily in the coming years.

But Korea used to be a country with high population growth, with officials resorting to anti-birth campaigns to stop people from reproducing. So when and how did the new trend come about?

Statistics show how Korea experienced numerous unbelievable phenomena in the late 20th century. In a stark contrast to our growing concerns about low birthrates, the country was concerned with the high number of infants being born. The Health and Welfare Association published slogans calling for a limit of two children per family, and free vasectomies were available for reserve soldiers during annual training.

Even with these initiatives, having started only with 20 million people in 1950, Korea’s population grew 2.5 fold in just 50 to 60 years. The country reached 30 million in the 1970s, 40 million a decade later and passed the 50 million mark as of 2012, a remarkable pace for any country.

According to recent research, most countries that started at an economic level similar to Korea’s in the 19th century have now reached between $6,000 and $7,000 in GDP per capita. In other words, it should be “normal” for Korea’s GDP per capita to be somewhere within that range, but the country currently generates more than $30,000 in GDP per capita - quite extraordinary considering that the country started off with nothing but the debris and ashes of the war. (On the other hand, North Korea’s per capita income remains around $1,300, which is also quite extraordinary in a different sense). It’s a miracle for a country to rise from the ashes of war and become the world’s 12th-largest economy with the GDP totaling $1.5 trillion.

While it’s evident that Korea developed at a fast speed, the country may have transformed much faster than commonly thought. For the last half a century, Korea wasn’t a society of morning calm - in fact, it was unprecedentedly dynamic in the global historical context.

It is also quite astonishing that Korea achieved a considerable level of democracy on top of making strides in economy and population. Although its political system is not perfect, Korea is no longer the dictatorship of the 1980s and 1990s, which was characterized by numerous cases of human rights abuses and torture.

It is safe to say that future historians will see Korea between the late-20th century and 21st century as a place of dramatic progress.

Yet after all those great accomplishments, young Koreans now consider the country as a “hell.” They claim they are missing their turn for decent jobs as older people monopolize the wealth and positions, as politicians are corrupt and as housing prices skyrocket, depriving them of places to live no matter how hard they work.

They also believe that only those born with “golden spoons” can climb up the social ladder and that no hope remains for people born without such privileges. As it is vividly clear that even their children are destined to suffer as well in poverty and face ever-fiercer competition for college admissions, they don’t bother having a child.

Peaking suicide rates and a nose-diving happiness index show young Koreans are drowning in the sea of despair.

Then does this mean that this country we have worked so hard to build is actually hell? Is this country going to end up as the “Impossible Country,” as one book’s title suggests?

The younger population’s mantra about hell is of course exaggerated to some extent. They do not know so much about the pain their older counterparts experienced living during difficult times in what was then one of the poorest countries in the world. They are also ignorant of how disparities still exist in even the most developed countries.

But their claims are not groundless, either. Korea has developed like an unstoppable runaway train for the past few decades, and its growth level has hit a plateau. Worst-case scenarios suggest a profound stalling. Population could decline, the economic growth rate might drop below 2 percent and corrupt and incompetent politicians could hinder the country from overcoming such difficulties. Just as Rip Van Winkle woke up 20 years after drinking liquor with a group of strangers and falling asleep in the Catskill Mountains, Korea could be bound for a long slumber.

Korea is now catching its breath after running too fast. Traditional development tactics no longer work, and the country now is in need of new paths for growth.

Rather than simply enacting short-sighted policies, such as providing incentives to young Koreans for having babies, the nation should concentrate on establishing an adequate social safety net and implementing long-term education programs that would lay the foundation for confident, happy lives.

Then, issues including a low birthrate and population decline would solve themselves.

Opening doors to immigrants is also no longer a matter of choice. It is a necessity. We must throw away the old-fashioned ethnic ideology concentrating on pure Korean ethnicity and heritage to forge a culture of openness.

The country must no longer confine itself to the small peninsula and open up to the world as a whole.

The way young Koreans live and think already gives us hope. Regardless of age, Koreans are people with the tenacity and the vigor to overcome challenges and step into greener pastures.

As the older generations turned their dissatisfaction into an engine for explosive growth, younger Koreans have the potential to focus their frustration and capitalize on it.

If the previous generation gained quantitative success, the next generation could focus on enhancing the quality of society. Their angered criticism is paradoxically shining a light on the potential path toward a better future.