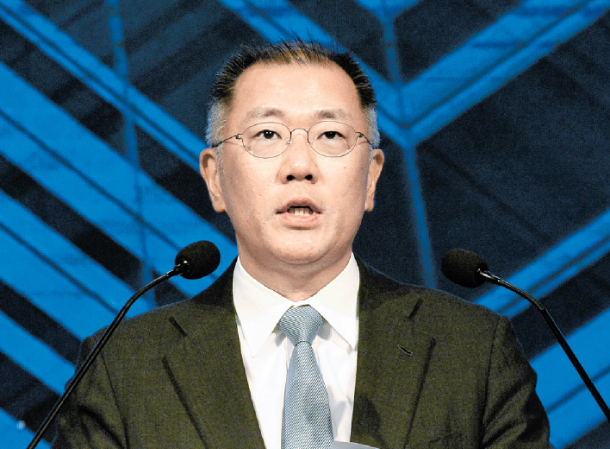 The automaker group is trying to get greater traction in the growing autonomous mobility market with its biggest investment in a joint venture.

Korea’s largest automaker group by sales announced in a statement Monday that it has agreed with Aptiv, a top-tier company in the global autonomous mobility field, to start a joint venture with $4 billion in investment in Boston. The joint venture, which will be owned 50:50, will officially launch next year at the earliest.

Aptiv, a global auto parts manufacturer headquartered in Dublin, has the best technological capability in developing autonomous mobility software, the automaker said. The company was the first to deploy a commercial, autonomous ride-hailing service in Las Vegas.

Under the agreement, Hyundai Motor Group will be supplying $1.6 billion in cash and $400 million worth of intellectual property and research capabilities to the joint venture. The automaker will also provide its vehicles for research. It is also considering replacing some “robo-taxis” that Aptiv operates in Las Vegas with cars from Hyundai Motor and Kia Motors.

For its part, Aptiv will make $2 billion worth of investment by providing its autonomous mobility technology, intellectual property and the dispatching of 700 of its employees to the new joint venture.

The major goal of the venture, which has yet to be named, is to develop and commercialize an autonomous driving platform that can be supplied to global carmakers and driverless taxi companies by 2022.

“This partnership is targeting the commercialization of autonomous driving technology that will greatly transform humanity’s life and experiences and will be an important journey for co-growth,” said Euisun Chung, executive vice chairman of Hyundai Motor Group.

Hyundai Motor said the platform developed by the venture will have fourth- and fifth-level driver assistance technology and thereby position the automaker group as a “pioneer” in the field. With Level 4 automation, cars do not require human interaction in most circumstances while Level 5 automation is completely free from human interaction.

According to Allied Market Research, the global autonomous vehicle market is projected to grow from $54.2 billion this year to more than $550 billion by 2026.

In targeting the field, Hyundai Motor Group has been making investments to grow beyond being a car manufacturer and position itself as a mobility solution provider. The group has vowed to commercialize Level 4 autonomous vehicles by 2021 by testing a fleet of autonomous robo-taxis in smart cities.

The group is collaborating with Intel and Nvidia to develop an artificial-intelligence-based control system for self-driving cars and is participating in a self-driving car development, “Apollo Project,” led by China’s Baidu. Auto parts affiliate Hyundai Mobis is planning to test self-driving taxis it developed through cooperation with Russia’s Yandex in Moscow later this year.