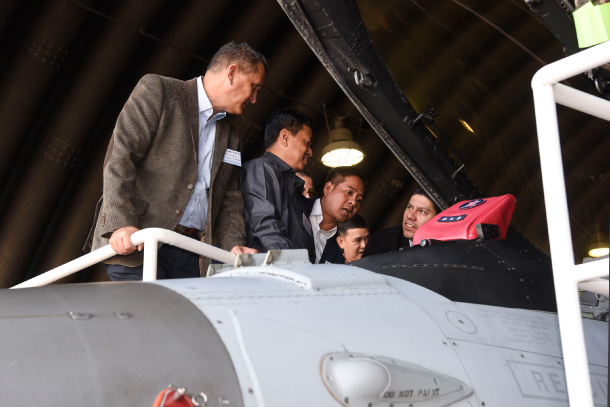 Military attaches from diplomatic missions in South Korea visit the Air Force’s 20th Fighter Wing base in Seosan, South Chungcheong, and look at a KF-16 jet on Monday during a tour organized by the Defense Ministry - in this photo, provided by the Air Force.

The three-day program was designed to boost envoys’ understanding of Korea’s security situation, the Defense Ministry said Monday. They were also scheduled to visit the Army’s armored vehicle driving school and the Navy’s Third Fleet headquarters in the southern part of the country, as well as a factory of Kia Motors that manufactures military vehicles, according to the Defense Ministry. [YONHAP]