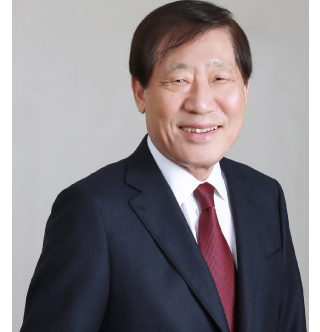 Hwang Ju-myung
The author is a chairman and founder of HMP Law.

During the International Bar Association’s (IBA) annual conference, the Korea JoongAng Daily, in partnership with FleishmanHillard Stakeholder Engagement Center, presents a series of special reports to boost its readers’ understanding of Korea. The report below, the third of six in the series, is on the topic of Korea’s legal culture.


I often tell foreign business partners and companies that come to me for legal advice that it is unwise to put Korea’s legal environment on the same plane as its manufacturing and IT.

Korea’s manufacturing and technology and legal cultures work as if in different worlds altogether. While the country made significant progress in advanced technologies in a short time period as a result of talent and a sense of urgency, our legal culture, based on thousands of years of history and traditions, could not advance that fast. The country reached the level of industrialization and democratization that cannot be so easily ignored on the global stage, but its legal awareness still remains at the developing stage.

Born in Korea during Japan’s colonial rule (1910-45), I experienced the Korean War (1950-53) during my teenage years. Later I became a judge after the armistice and practiced law as the first corporate lawyer for a major firm in the midst of Korea’s rapid industrialization and democratization. For almost 40 years, I provided legal advice as a lawyer for companies home and abroad.

I would like to discuss some of the stories from foreigners who had difficulties working in Korea with Korean companies. Based on my experiences, I would like to look into why.

More often than not, the tendency was to protect Korean companies rather than focus on the law, even in cases where foreign companies were definitely expected to score an easy win. There also was also a sense that applying global standards would inflict damage on local companies, like when everyone feared Korean companies would have difficulty when the local patent law was revised.

In retrospect, those worries were all for nothing. Even after the changes, Korea maintained its competitive edge in the global market in various areas, including in the pharmaceutical and cosmetics areas.

As the saying goes, public sentiment is the highest law of all in Korea, and confirmation hearings for high-level officials best demonstrate its power. Although the practice was first adopted during the 20th National Assembly in June 2000 to vet those chosen for major public positions, questions and public opinion toward those vetted for such high-level positions seem to undermine the original purpose of those hearings.

Nowadays, hearings are mostly centered on deciding whether the candidate perfectly fits public sentiment rather than to determine whether the candidate is qualified. Recent confirmation proceedings on a minister nominee that shook the country exemplify how public opinion rules over all else.

But it could be worse in the past. Whether or not a candidate acquired an asset lawfully, a photo of a house tagged a “luxurious mansion” was more than enough to force a candidate to withdraw, just for the reason of living a life far from ordinary people. Of course, “the grass looks greener on the other side.”

There were also times I had to deal with the frustrations of foreigners when they signed contracts. Koreans are not accustomed to signing contracts based on a thorough understanding of them and going over every single clause and clarifying uncertainties. One time, in mediating a property insurance clause for a contract between a foreign fast food chain business and a Korean businessman looking to open a branch, the franchise company had to ask if the businessman thoroughly understood the contract as he merely signed it without asking any question. There were also times when Korean entities didn’t raise any question or express any disagreement even in face-to-face meetings.

In Korea’s rigid, vertical and hierarchical culture, asking questions might feel inappropriate for many, or some would worry about losing face for asking simple questions. In a country so small that everyone could be potentially connected to one another, it might even look unreasonable to go line by line in a contract between those with mutual connections. But from the outside, Koreans might seem like people with a solid concept of rights but an indifference to obligations.

Cultural differences also cause misunderstandings that escalate to legal disputes.

Going on leave wasn’t really a thing for Korean companies just 30 years ago. During the period of rapid industrialization, working on weekends was normal, and having more work was almost considered a fortune. During those days, Korean companies couldn’t understand why foreign company executives would go on leave and vacate their seats, thus slowing progress and burdening them. When global standards were distant from reality, countless conflicts emerged in companies with presences in multiple countries.

The arguments above are my interpretations of personal experiences, and while many could say those assessments are things of the past, I am certain that they will be helpful for foreigners seeking for a better understanding of Korea.

I would like to go one step further and provide a few more tips for them to be even better at it.

First and foremost, it is important to study not just the current Korean society, but the culture and sentiment beneath it. Merely listening to legal counsel’s tales is not enough. It is important to receive help from experts who understand how public sentiment connects with history and tradition. That is a way to better understand this seemingly simple yet complex country.

Your visits to Korea should not just entail meeting counterparts and following their guidance on where to visit. Rather, if wanting to truly understand this country, it is advisable to immerse yourselves in the daily lives of Koreans by paying visits to shops, parks and traditional markets where ordinary people actually spend their time. Candid experiences await the curious.

Last but not least, especially to my legal colleagues gathered at the International Bar Association’s annual conference, try to make Korean friends you can simply call and ask what and how things are unfolding in the country. Answers that you could not find from flipping through hundreds of pages of reports from a business partner may be available in a single phone call to your Korean friend.