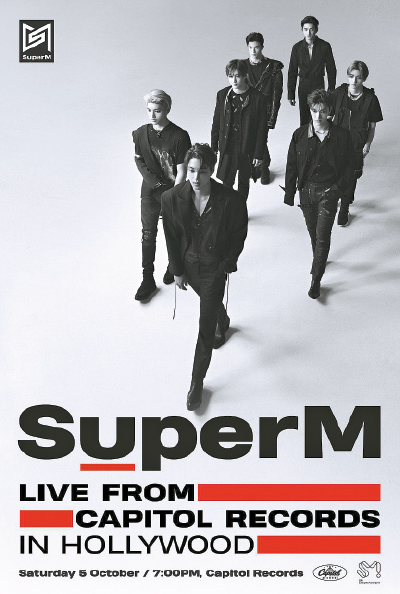 SM Entertainment’s biggest project yet, SuperM, will release their debut EP on Oct. 4 and hold their first showcase in the United States the following day, the agency announced on Wednesday.

According to SM Entertainment, the project band comprised of members from the agency’s biggest boy bands - Taemin of SHINee, Baekhyun and Kai of Exo, Taeyong and Mark of NCT 127 and Lucas and Ten of WayV - will hold their showcase titled “SuperM : Live From Capitol Records in Hollywood” at Capitol Records Tower in Los Angeles on Oct. 5 at 7 p.m.

The group is the work of Lee Soo-man, the head and mastermind of SM Entertainment, in collaboration with Capitol Music Group.

“SuperM : Live From Capitol Records in Hollywood” will be a chance for fans to see the seven members perform their song live for the first time.