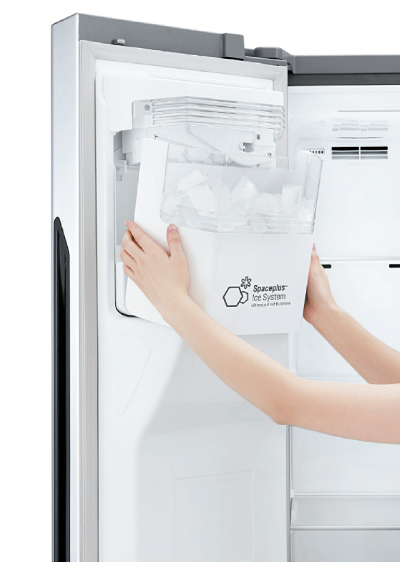 The Korean electronics maker said it filed a suit against Arcelik, Beko Deutschland and Grundig Intermedia - all subsidiaries under Koc Holding, Turkey’s largest industrial conglomerate - at a Munich court on Tuesday. All four companies are currently competing in Turkey and Europe.

LG claims that the two-door refrigerators released by the three Turkish companies violate its patent for door-mounted ice making technology by using its design without a license.

Ice makers are conventionally located inside a freezer, tucked inside a corner. LG’s door-ice making technology allows for all relevant equipment - from the ice making machine to the ice box - to be mounted inside the door, increasing space efficiency. LG holds more than 400 patents worldwide related to this specific feature. This technology was licensed out to GE appliances last June.

LG said the legal action was the “final option” after it failed to reach an agreement with Arcelik, Beko and Grundig’s parent company.

In its Wednesday statement, the company warned that it will strongly react to patent infringement cases in the future.

“We continue to proactively protect our intellectual property and will respond vigorously to the unauthorized use of our patented technologies,” said Jeon Saeng-gyu, executive vice president of LG’s Intellectual Property Center. “As international competition over innovation increases, it is more important than ever that we protect our investments in research and development.”

Apart from the lawsuit on the three Turkish appliance makers, LG affiliates are at war with rivals in other sectors, including the 8K resolution TV dispute between LG Electronics and Samsung Electronics and the electric vehicle battery bust-up between LG Chem and SK Innovation.