Speaking in a closed-door National Assembly Intelligence Committee meeting, Suh said that there is a “high possibility that working-level talks could take place within the next two to three weeks,” according to a briefing by ruling and opposition lawmakers who attended the session. 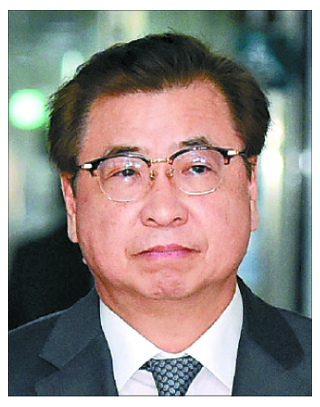 “If an agreement is reached during a working-level meeting, a third North-U.S. summit can take place within the year,” Suh was quoted as saying.

Kim’s and Trump’s meetings in Singapore in June 2018 and Vietnam earlier this year are considered summits; another meeting in the demilitarized zone last June is not considered a summit.

Pyongyang and Washington are conducting last-minute discussions about a venue for talks next month, according to diplomatic sources in Seoul Wednesday, through North Korea’s permanent mission to the United Nations, or the so-called New York channel.

One source requesting anonymity said, “The two sides are closely consulting on a date and location for working-level talks through the New York channel.”

They have also been publicizing their positions on resuming talks, North Korea by releasing a Foreign Ministry statement and U.S. officials through press interviews.

However, Oct. 10 marks the foundation day of North Korea’s ruling Workers’ Party, hence talks with Washington will likely be held before or after that date.

The source said that Suh’s remarks at the parliamentary Intelligence Committee reflected “a certain level” of progress having been made in plans to resume North-U.S. talks.

Sweden is seen as a likely location for the working-level talks as a neutral third country that can diplomatically support both countries. As Washington does not have representation in Pyongyang, Sweden has long served as the “protecting power” in North Korea for the United States.

Another source said, “Both North Korea and the United States do not have any problem with Sweden and favor the country because of a need for ironclad security.”

The Swedish government has been indicating that it plans to actively cooperate to help facilitate such talks. North Korean Vice Foreign Minister Choe Son-hui and Stephen Biegun, the U.S. special representative for North Korea, met in Stockholm in January for their first working-level talks, which helped plan the second North-U.S. summit in Vietnam in February.

Kim and Trump last held an abrupt meeting on June 30 in the DMZ, agreeing to resume working-level denuclearization talks, which were suspended after their failed summit in Hanoi, Vietnam.

In a statement released by the North Korean Foreign Ministry last Friday, Kim Myong-gil, a former North Korean ambassador to Vietnam, confirmed himself to be Pyongyang’s chief envoy for the working-level negotiations with Washington.

He lauded Trump’s signaling of a “new method” for dialogue, a presumed departure from the hard-line “Libya model” favored by his former White House national security adviser John Bolton.

Trump said on a third summit with North Korea, while meeting with President Moon Jae-in on the sidelines of the UN General Assembly on Monday, “I want to know what’s going to be coming out of it. We can know a lot before the summit takes place.”

But Trump said that North Korean leader Kim has “lived up to his word” on previous promises they have made such as halting all nuclear tests.

Lee Do-hoon, Seoul’s special representative for Korean Peninsula peace and security affairs, held three-way talks with Biegun and their Japanese counterpart Takizaki Shigeki on the sidelines of the UN gathering in New York City on Tuesday to discuss denuclearization and the resumption of North-U.S. talks.

Suh was revealed to have made a secret visit to Australia and Thailand last week ahead of the Moon-Trump summit, multiple sources in the parliamentary Intelligence Committee told the JoongAng Ilbo Tuesday. This was seen to have been a move by Seoul to build a consensus on denuclearization negotiations. Australia is a member of the “Five Eyes” intelligence alliance that includes the United States, Canada, New Zealand and Britain.

Suh also said Tuesday that North Korean leader Kim may visit South Korea for an Asean-Korea special summit to be held in late November, depending on how dialogue with the United States pans out.

He noted, “The denuclearization talks have to go well in order for the issue of the North Korean leader’s visit to South Korea to be discussed.”

South Korea is hosting a commemorative summit to mark the 30th anniversary of relations with the Association of Southeast Asian Nations (Asean) in Busan on Nov. 25 and 26, and a Korea-Mekong summit on Nov. 27.

The NIS also relayed Tuesday that Kim could make a fifth visit to China for a summit with Chinese President Xi Jinping. The two countries will celebrate the 70th anniversary of their establishment of diplomatic relations on Oct. 6.

Kim sought meetings with Xi ahead of his first and second summits with Trump, and the North Korean leader could also hold discussions with the Chinese president ahead of a third summit with the United States.

Should Kim make a trip to China, he could visit Beijing or a location in one of the three northeastern provinces in China such as Shandong Province, according to the NIS.