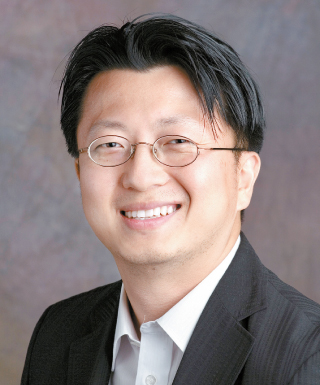 Song In-han
The author is a social welfare professor at Yonsei University.

During the International Bar Association’s (IBA) annual conference, the Korea JoongAng Daily, in partnership with FleishmanHillard Stakeholder Engagement Center, presents a series of special reports to boost its readers’ understanding of Korea. The report below, the fifth of six in the series, is on the topic of Korea’s rising suicide rate.

Although the government prohibited the manufacturing and sales of some lethal substances, including Gramoxone pesticide, while implementing a basic pension system for the elderly to curb the number of suicides, the rate remained relatively high. After reaching the highest among Organisation for Economic Cooperation and Development member countries in 2003, Korea remained at the top for 15 years straight.

While new OECD member Lithuania was higher last year, Korea again assumed the top spot this year for the suicide rate among OECD member countries, as the number of suicide cases rose 9.5 percent from a year earlier. What’s more shocking is that the rate for teenagers skyrocketed 22.1 percent on year. We do not dare to put a dollar value on people’s lives, but socioeconomic costs from suicide cases must be considered. As people end their own lives, the economy loses around 6 trillion won ($4.9 billion) per year, and immense social loss follows from the treatment of those who failed their attempts.

The elderly are disproportionately affected by suicide in Korea, which does not match usual statistical patterns. Globally, suicide rates tend to fall as people age, but that’s not the case for Korea. The suicide rate for elderly Koreans is 53.3 people per 100,000, three times the OECD average. The rate those in the 70s is 54.0 per 100,000, but for those in their 80s, the rate rises to 78.1 per 100,000.

The suicide rate for the elderly is related to the family-based social welfare system. In the past, parents would invest in their children, who would grow up to return the investment and serve their parents by paying the living costs of their parents. Such filial piety drove the family-centered private welfare system.

The system only worked when Korea’s growth rate was high. Children had no problem in financially supporting their parents as they landed stable jobs after finishing school, which allowed the welfare system, usually in the hands of governments in developed nations, to be outsourced to the family.

But this private welfare system reached its limits and started breaking down with the financial crisis in the late 1990s. Employment security wasn’t something guaranteed, which led to the gap in the social security net and put economically active people in trouble.

The elderly were hit the hardest. After pouring everything into the lives of their children without any contingency plan, on hopes that their children will support them later on, those people were faced with family breakdowns and extreme poverty. The elderly poverty rate rose along with the elderly suicide rate.

As Koreans live in a collectivist culture, where individuals are heavily influenced by others, many suicide cases in the country are often caused by the suicides of others. Publicized suicides of celebrities have immense influence. A spike of copycat suicides after a widely publicized suicide is known as the Werther effect. After Johann Wolfgang von Goethe published his novel “The Sorrows of Young Werther,” many chose to kill themselves.

Korea experiences this as well. The number of suicides nearly doubles after a famous celebrity ends his or her life. And for that reason, a code is developing in the media industry, which used to heavily report on suicides of well-known figures, to refrain from provocatively reporting such cases.

In a country with a family-oriented culture, pain is severe for those who lose people close to them to suicide. These suicide survivors experience a high level of depression and have thoughts of suicide themselves.

Assuming that one suicide has influences on about 40 people, including family members, relatives and friends, it is estimated that more than 500,000 people are exposed to suicide in Korea.

French sociologist Émile Durkheim categorized suicide as a social phenomenon and introduces four types of suicides. Altruistic, egoistic and anomic suicides are well known. The fourth — fatalistic suicide, caused by social restrictions and oppression — has not been extensively covered because of the low prevalence in the West.

But fatalistic suicide is the type that best explains suicide in Korea. Koreans are pushed to the brink of suicide as they fall under social restrictions, economic inequality, shaky job stability and a weak social safety net.

The Korean government failed to actively intervene and take action on its high suicide rate as it grew from the late 1990s. Fortunately, the current administration included a suicide prevention plan in the list of 100 government-led initiatives since coming to power in 2017 and announced a national-scale suicide prevention strategy with specific actions in the plan. It also launched the National Suicide Prevention Policy Committee headed by the prime minister this month.

While there were government policies regarding suicide prevention in the past, this is the first time for the agenda to become one of an administration’s core policies. But merely having a policy on paper is meaningless. Meaningful budget and manpower must be committed for the policy to be effective.

Suicide is a complex act that cannot be reduced to a single cause. Psychological problems, like depression, personal relationships, culture, macroeconomic issues and the lack of a social safety net can be contributing factors. Though Korea’s suicide problem worsened after the financial crisis, the fact that not everyone committed suicide shows that other problems, such as personal temperament and psychological issues, have also played a part. It is important to have an understanding of a wide array of topics, ranging from mental health to economy, to effectively approach the phenomenon.

While everything from mental health to the welfare system must be addressed, there has not been a comprehensive approach until now. Reducing the risk level by stepping in and helping those with psychopathological problems, like depression, is not only a matter of urgency but also a critical approach that can buy time to tackle the problem at its core.

At the same time, the ultimate goal should be making a livable society by recovering community strengths and establishing a stable social safety net for the purpose of tackling the essence of suicide.

Korea’s high suicide rate and low birthrate reveal the temperature of Korean society. An array of social elements pushing individuals to the brink of extreme choices have led to a high suicide rate.

If that’s the case, rather than raising the temperature artificially by blowing hot air on the thermometer, we should focus on making this world a warmer place.