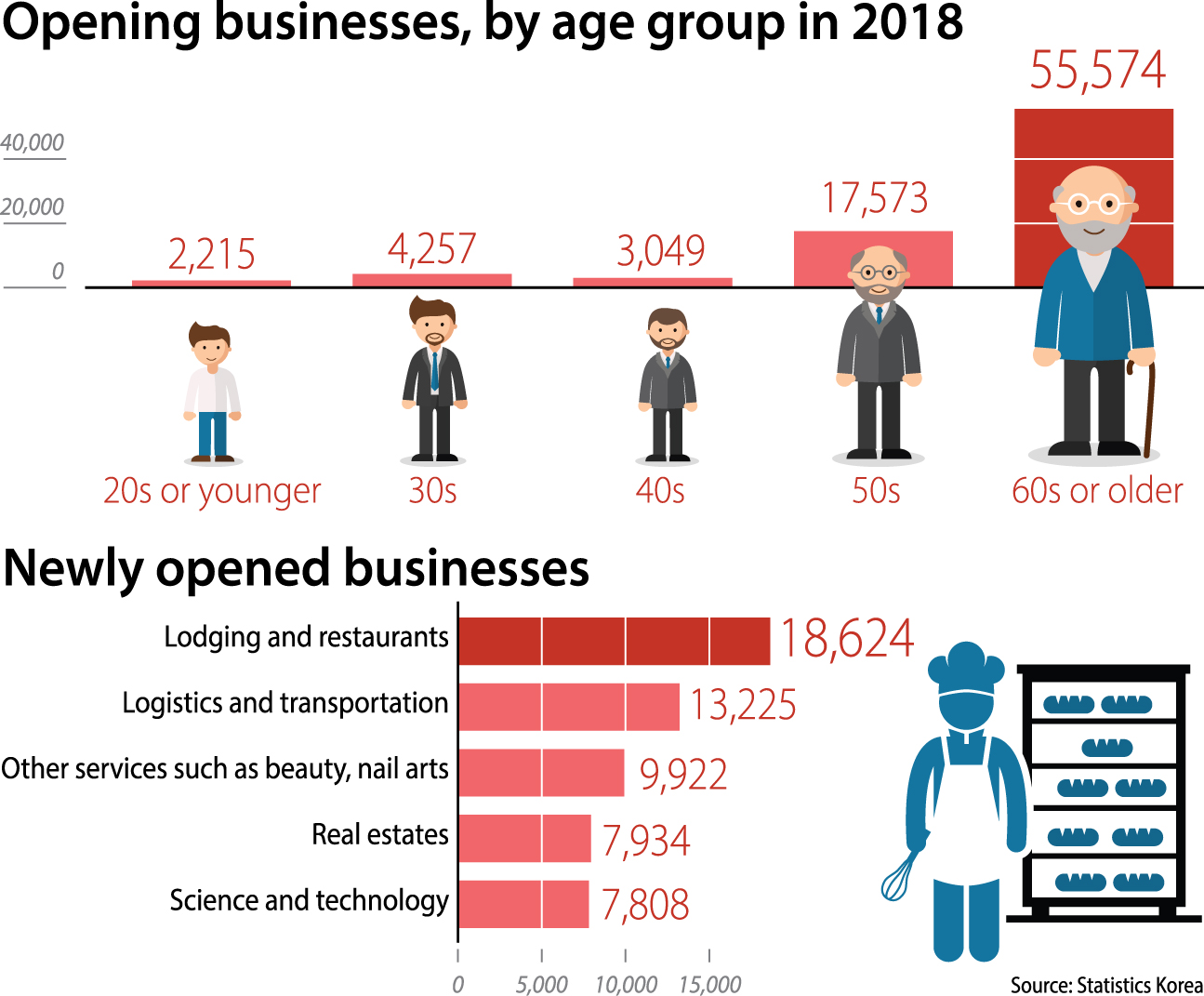 According to Statistics Korea on Thursday, last year 82,668 new businesses opened, taking the total of self-employed to 4.1 million. This is a 2.1 percent increase compared to the previous year.

However, 67 percent of the newly opened businesses, or 55,574, were those owned by people who were 60 years old or older. That’s a 6.4 percent increase year-on-year.

The statistics agency in its report stated that people in their 50s own the most business, while those in their 60s opened the most such establishments.

Logistics and transportation businesses were next on the list with 13,225 new businesses opened, a 3.4 percent increase.

The biggest concern has been the oversaturated market that has been affecting the income of those who have been starting their own ventures.

According to the statistics office, in 10 years, the total number of new businesses has grown 25 percent, or an additional 840,000. On average, the number has been growing 2.3 percent annually.

Lodging and restaurant businesses account for 18.7 percent of the new businesses.

These businesses are usually opened because no skills are required. But many older people pour their life savings into the businesses and struggle in the crowded markets.

Experts have pointed out that expensive leases and the rising minimum wage have only made the situation worse. There have been growing concerns that these failing business end up driving down household income.

A recent study released by KB Financial Group found that seven out of 10 self-employed businesses were forced to close shop within five years, especially in the restaurant business.