The sacrifice of forgotten soldiers: With ‘Battle of Jangsari,’ director hopes to honor a fight lost to history

The sacrifice of forgotten soldiers: With ‘Battle of Jangsari,’ director hopes to honor a fight lost to history 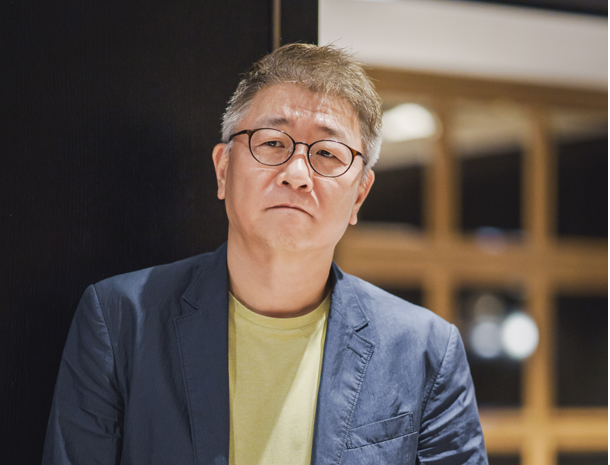 
“Battle of Jangsari” is a film about the Korean War (1950-1953). But the story it tells differs from other war films due to the fact that it is about a forgotten, yet important, battle that determined the fate of the country the day before the famous Battle of Incheon on Sept. 14, 1950.

Although the Battle of Jangsari was held on Jangsari beach in North Gyeongsang, to divert the North’s attention from the Battle of Incheon, no one expected the battle to be a success because 772 student soldiers with barely two weeks worth of training were put out to the battlefield in an attempt to block the enemy’s supply route.

The troops were going into the battle as a human shield for the more important Battle of Incheon, enabling the local forces to ultimately take back Seoul from North Korea with international help.

After the Battle of Incheon turned out to be a success, the Battle of Jangsari was sealed up as a military secret. The confidential battle became publicly known when the survivors formed a committee in 1980 and their ship, the Moonsan, was discovered in 1997.

“I think the film is about 70 percent similar to the real battle,” said director Kwak Kyung-taek, who co-directed the film with director Kim Tae-hoon, in an interview with the Korea JoongAng Daily at a cafe in Samcheong-dong, central Seoul. “To be a bit more generous to myself, 80 percent.”

When Kwak decided to take charge of the film, he was determined to focus on two things: the heartbreaking sacrifice of the student soldiers who managed to hold off North Korean forces despite being equipped with minimum food supplies and weapons, and the story of task force commander Lee Myung-joon, whose character is based on commander Lee Myung-heum. 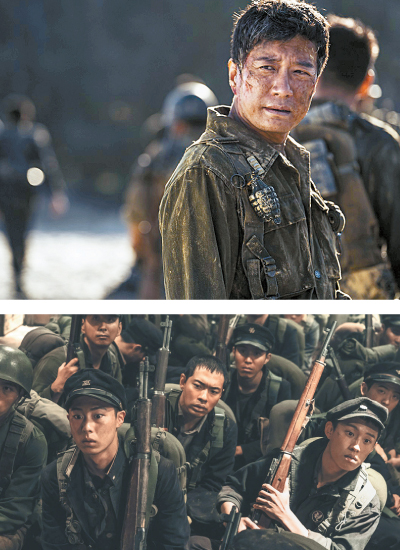 “The original script didn’t put so much focus on Lee,” according to Kwak. “But as more I researched into the battle, I found that Lee was the base of this battle whose story couldn’t be left out. He was the one who decided and advocated to form a guerrilla unit of students in the first place. To his dismay however, the student soldiers barely had any proper military training before being whisked off to the battle.”

Commander Lee was originally from North Pyongan, North Korea, and he came to South Korea due to his Christian beliefs. He firmly believed that the entire country would be in danger if it was unified under communism, so he decided to enlist in the Korea Military Academy. Seeing the North’s guerilla units play a critical role in the war, he handpicked students at the academy and was planning to start training with them when they were ordered to pull off the Jangsari operation to block the enemy’s supply route. Although the operation was originally assigned to another captain, he volunteered to be the commander and boarded the Moonsan with the 772 student soldiers.

“Lee is a tragic figure who knew that he was walking into doom with a bunch of soldiers who were simply not ready to take on the forces from the North. Due to the number of casualties after the battle, he was sentenced to death as the captain in charge. Although he was eventually exempted and regained his honor through the help of his friends at the military academy, he spent his lifetime searching for the military serial numbers of the bereaved back to their families.”

Since Lee’s character was so important, the director knew he had to cast a veteran actor capable of the portraying the silent weight of the burden the commander carries - with the fate of the soldiers on one shoulder and the fate of the country on the other shoulder - and his fiery determination to lead as much soldiers to the safety.

“Actor Kim Myung-min actually refused the role of commander Lee Myung-joon at first,” Kwon said. “But when I met up with him in person to try to persuade him by telling him the story of commander Lee, he finally said yes.”

For the film, the director also collaborated with Hollywood star Megan Fox for the first time.

“I gave a lot of thought as to why Fox would want to play the role of the war correspondent,” said Kwak. “I believe that she chose this film because she wanted a change from her previous roles. [I respected her decision] so I decided to welcome her as warmly as possible.”

The director added that the actor was very passionate about her role.

“I could tell that she was putting all she had into the role, even though she was actually sick during her stay in Korea as she was recovering from enteritis at the time. She was a professional.”

Although all the actors were suited for their respective roles, the director said that the people he wanted to thank the most were the dozens of extras who worked just as hard as the main cast did while they were filming the battle scenes.

“About 30 of these friends stayed on the film set until the very end of the shoot,” Kwak noted. “They were acting hopefuls who played numerous roles [in the film] - from corpses and North Korean soldiers, to the 700 teenage soldiers of Jangsari. I’m so grateful to them because they took on the hardest roles without any complaints.”

While the director interviewed survivors and people who lost family members in the battle, they were incredulous and happy that their stories were to being made into a film.

“When we had trouble getting investments at first, I felt so sorry to the families [waiting for the film],” Kwak said. “Whether the film is commercially successful was the next step in the progress. We all wanted the film to at least have a chance to [be seen].”

With the film being released in local theaters on Wednesday, Kwak admits that at this point, he wants the film to be successful too.

“I worry [about the film’s box office success]. I want the film to be successful for the sake of people who believed in the film,” Kwak said. “But I also realize that it’s a very daunting task considering the current trends. Although no one might say no to the stories of heroes, I wonder if audiences want to hear the stories of forgotten soldiers.”

The film is slated to premiere in the North American box office on Oct. 4.