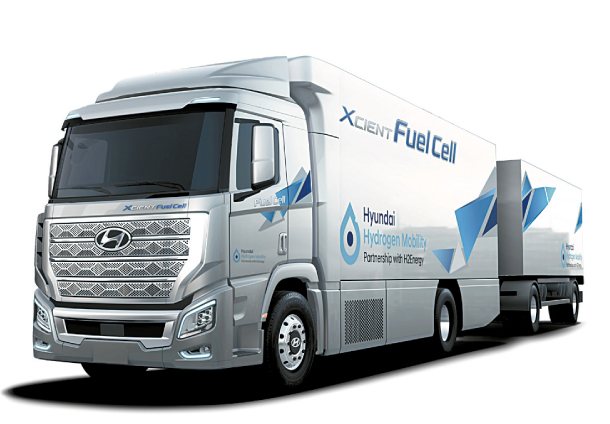 The joint venture was formed based on an agreement inked between Hyundai Motor and H2E in April as the automaker looked for ways to export hydrogen fuel-cell-powered trucks to Europe.

The Korean carmaker will supply 1,600 hydrogen-powered trucks to the new venture over the next six years. HHM will supply the trucks to transport and logistics companies in Switzerland.

In the long term, HHM will also tackle the broader European commercial car market by forming partnerships with companies in Germany, the Netherlands, Austria and Norway.

Hyundai is revamping its Xcient heavy-duty truck to meet European auto guidelines. The truck will feature a 190-kilowatt hydrogen fuel-cell system with two 95-kilowatt fuel-cell stacks connected in parallel. The carmaker said the truck will deliver a travel range of approximately 400 kilometers (249 miles) per charge.

“Through this partnership between HHM and Hydrospider, Hyundai Motor will offer its fuel-cell electric trucks in a specially designed ecosystem,” said Lee In-cheol, executive vice president and head of the commercial vehicle division at Hyundai Motor. “In the future, Hyundai will actively pursue the eco-friendly commercial car business in various countries beyond Europe.”