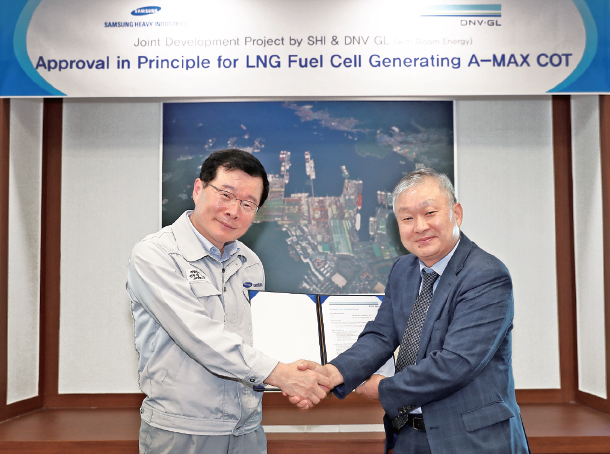 An approval in principle is part of a process of verification of technological features of basic marine designs. With it, a shipbuilder can start taking orders for a ship.

A fuel cell, according to Samsung Heavy, transforms energy generated through chemical reactions of fuel into electric energy. It is different from batteries that store and use electricity.

Fuel cell technology for ships was developed in cooperation with U.S.-based Bloom Energy, which commercialized solid oxide fuel cells, according to Samsung Heavy.

The shipbuilder said solid oxide fuel cells can also use hydrogen as fuel in addition to LNG. It plans to develop the technology to build zero-emission hydrogen vessels in the future.

Since 2008, the International Maritime Organization has demanded the shipbuilding industry reduce greenhouse gas emissions from vessels.