Park Man-bok, a Korean-born volleyball coach who led Peru to an Olympic silver in 1988, died on Thursday in Lima, Peru, at the age of 83. 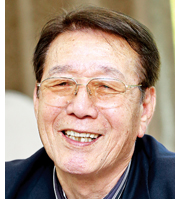 The Korean Embassy in Peru said Park, who was hospitalized earlier this month for a chronic illness, passed away Thursday morning.

Enshrined in the International Volleyball Hall of Fame in 2016, Park famously coached Peru to a silver medal in women’s volleyball at the 1988 Seoul Olympics in his native country. In the memorable gold medal match, Peru took the first two sets against the powerhouse Soviet Union, which had won three gold and two silver medals in its five previous Olympic appearances, but dropped the next three sets in a thriller.

It remains the only Olympic volleyball medal that Peru has won.

Park began his coaching career at a women’s college in Korea in 1965, and moved on to the then-semi-pro V-League in 1969. He took over the women’s national team in 1973 and led the team to the bronze medal at the World Cup that same year.

Shortly after that, Park was offered the head coaching job for the Peruvian women’s national team. He uprooted his family and moved to the other side of the globe, a decision that changed both his life and the course of the Peruvian national volleyball program.

Park ended up coaching Peru at four Olympic Games, starting in 1980. On his watch, Peru finished second and third at the world championships in 1982 and 1986, and won six out of eight South American championships between 1977 and 1991.

Park left Peru after the 1992 season to take over a Japanese pro club, Ito Yokado. He stayed there through 1998 and then returned to coach Peru from 1999 to 2001. He moved to an advisory role at the Peruvian Volleyball Federation in 2002.

Park is survived by his wife and four children.